Insulet reported 1Q19 results this afternoon in a call led by CEO Ms. Shacey Petrovic and CFO Mr. Wayde McMillan (his first as CFO). See the key highlights below! 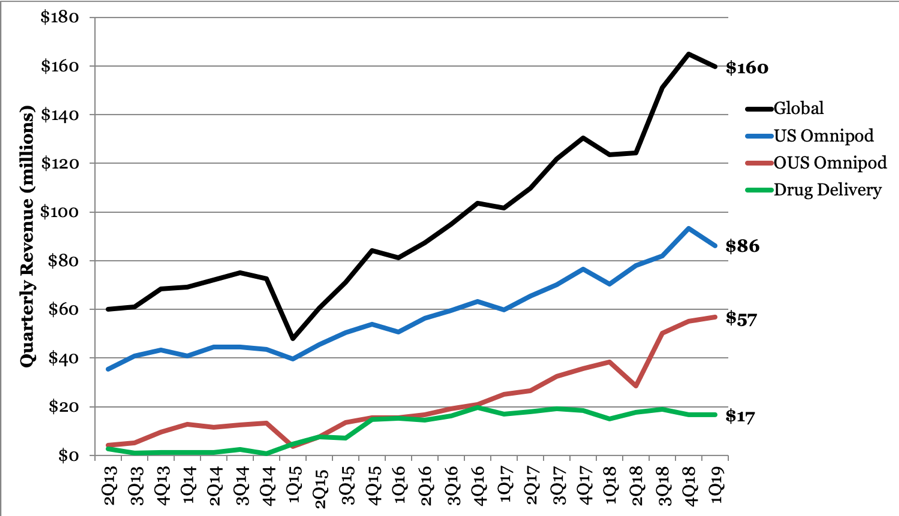 4. Highly Automated US Manufacturing Now Making Pods: One Line Produces Up to 50% of China Capacity, with Up to 90% Less Headcount

1. Dash PDM Full US Launch Now Underway, with 130 Million Covered Lives (Most in Pharmacy), No Upfront-Cost, No Four-Year Warranty 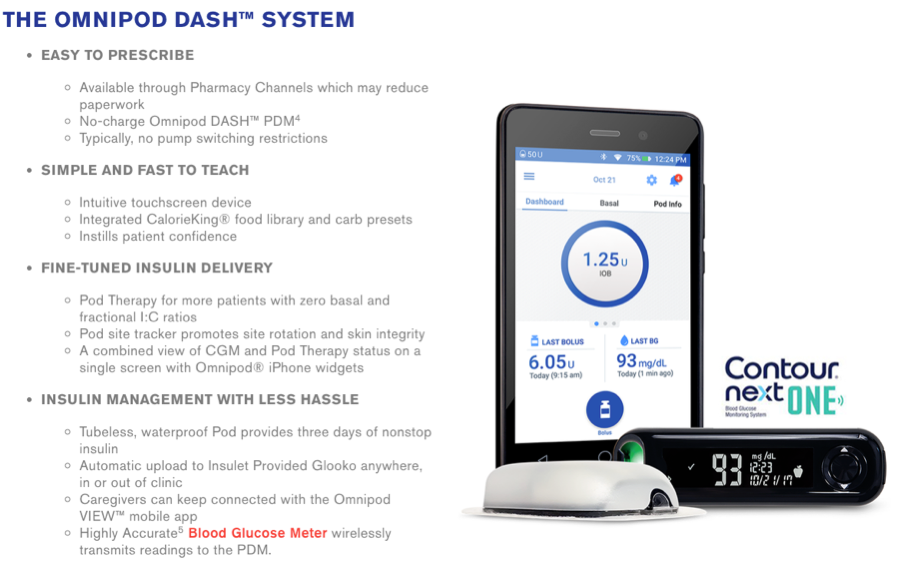 A pivotal trial of the Omnipod Horizon hybrid closed loop is expected in 4Q19, keeping it on track for a launch in 2H20 – no change in timing. The plan remains personal smartphone control, initially only on Samsung Galaxy phones. (Tidepool Loop is the iPhone play; see below.) Ms. Petrovic said the Horizon pivotal trial will probably take a “few months” to get through, implying it might wrap up sometime in early 2020. She reminded listeners that Horizon has an FDA breakthrough device designation (announced in 3Q18), meaning Insulet has been in close contact with the FDA and expects an “accelerated” review. (Bigfoot’s Autonomy and Medtronic’s Personalized Closed Loop also have this designation; both seem targeted to launch a year or more after Horizon.)

2. Tidepool Loop is “Additive To Horizon” and a “Wonderful Way” To Support DIY Community; Timing Unclear

3. Lilly U500 Omnipod to be submitted to FDA in “Next Few Weeks”; No Update on U200; Both Positioned as Incremental Products for Type 2