Tandem launches Basal-IQ (PLGS) with Dexcom G6 in the US, including free software update for current t:slim X2 users – August 17, 2018

This morning, Tandem announced the US launch of the t:slim X2 pump with Basal-IQ  (predictive low glucose suspend) and Dexcom’s G6 iCGM integration. The “August” launch is right on time following the June FDA approval and Tandem’s 2Q18 call. This has been a year of stellar execution, as the Basal-IQ pivotal trial only just getting underway this time last year; Tandem finished the pivotal, got it submitted to FDA, and got it approved in less than 12 months. Wow!

The first emails with update instructions have gone out to all in-warranty t:slim X2 users in the US, who have the option to add the new PLGS feature and G6 compatibility for free via remote software update – this is a major first in the pump industry, adding insulin automation AND next-gen CGM integration (G6) in a single home software update. New t:slim X2 pumps pre-loaded with Basal-IQ are expected to begin shipping by the end of August.

For current X2 users, the Basal-IQ feature update only requires a new prescription and completion of a 45-minute online training module. We’re interested to see how this goes as we think it could serve as a very helpful model in other parts of the diabetes environment.

Tandem has also updated its t:simulator app (Apple, Android), allowing prospective users to experience the t:slim X2/Basal-IQ Technology directly on a mobile device – see screenshots below. Tandem has done an outstanding job of minimizing the number of settings. And as we’ve previously covered, it’s a huge win that user can toggle Basal-IQ to NOT alarm when a suspension/resume happens – a great win for sound sleep.

As a reminder, Tandem submitted to FDA with Dexcom’s G5, and FDA approved use of Basal-IQ with both G5 and compatible iCGMs (currently only G6). Tandem has decided to launch only with G6 for simplicity, meaning the Basal-IQ software update will make the pump incompatible with G5. While this may create some short-term frustration for G5 users, G6 is such a better system and the simplicity is so much greater that it’s the right strategic move. This also gives Tandem the first no-fingerstick AID system approved anywhere, which should provide very compelling competition to Medtronic’s MiniMed 670G. We’ll be interested to see how uptake of Basal-IQ goes in Q3, as it’s also affected by the funnel of G5 users moving to G6.

Basal-IQ is now the second AID device on the US market, following 670G. For a much deeper dive on its features, see our coverage from June’s FDA approval, including key features, SWOT analysis, and competitive implications. 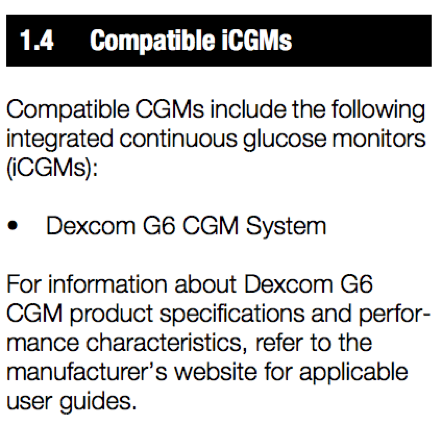 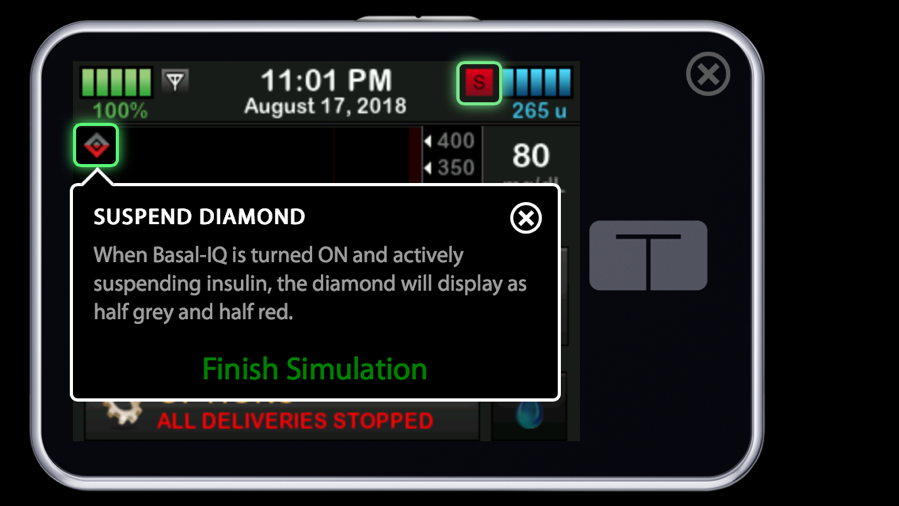 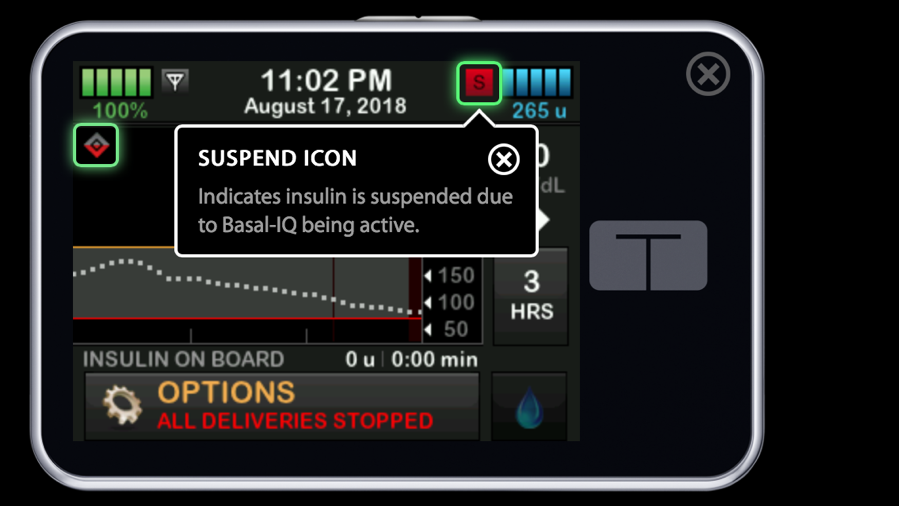 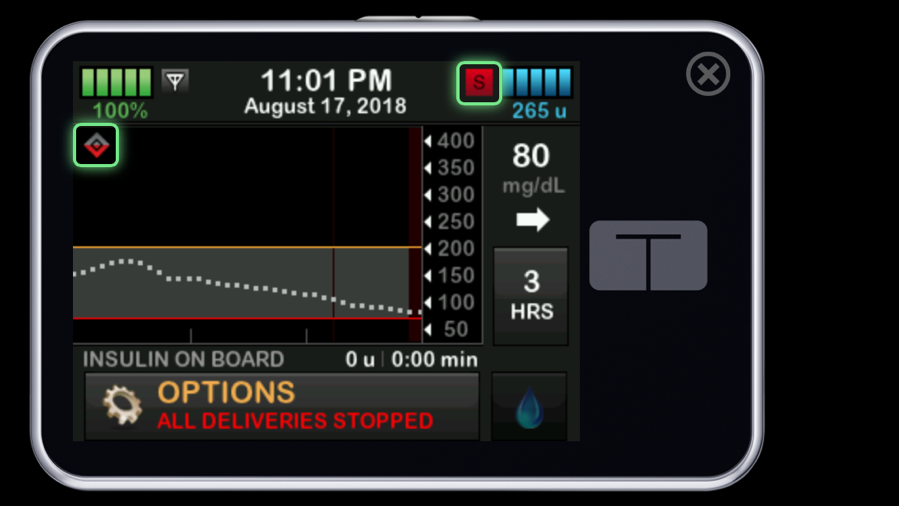 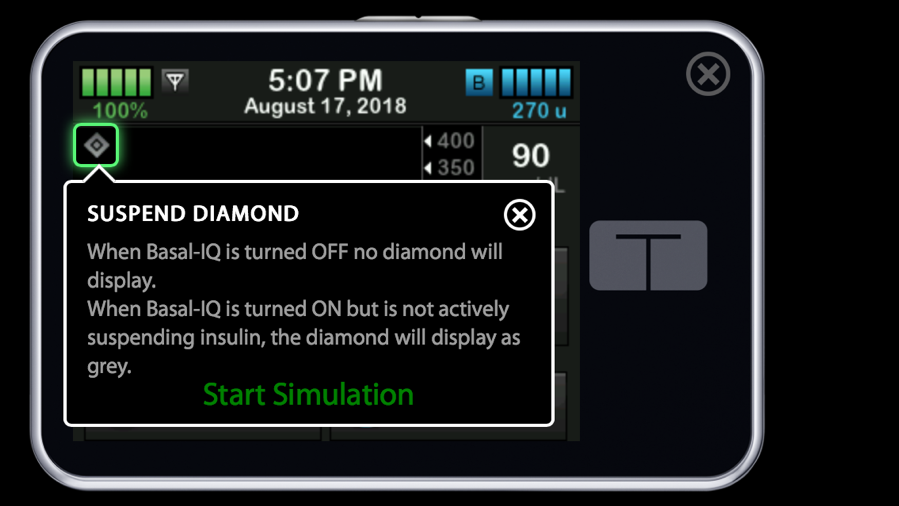 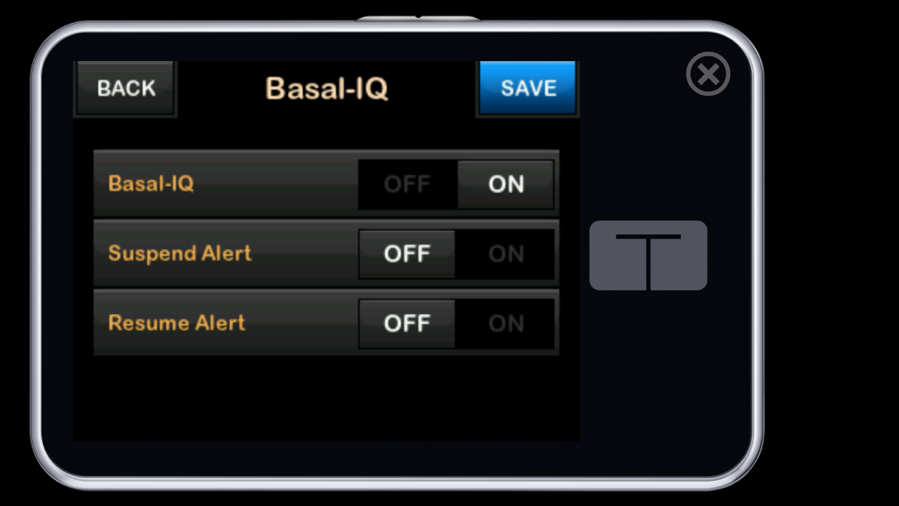 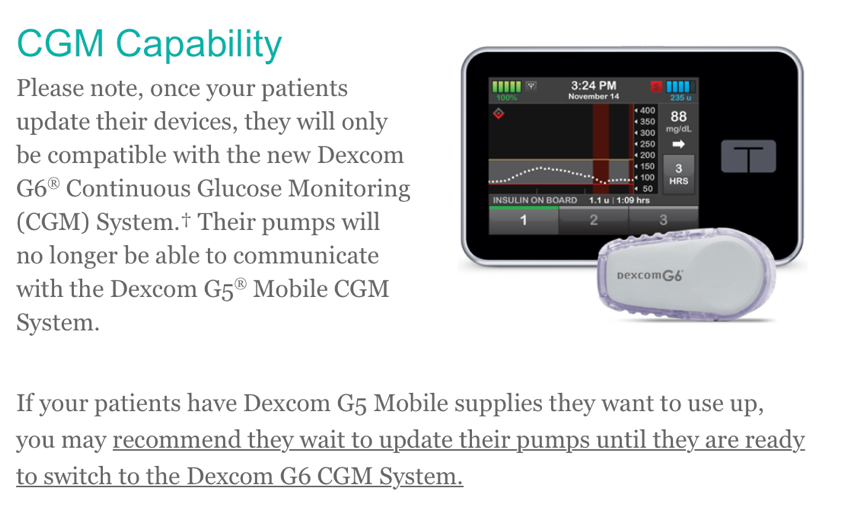