Today, a press outlet inaccurately reported that Apple has already added insulin delivery doses to HealthKit, which isn’t true quite yet – this is actually coming in iOS 11 in the fall. We first caught this important diabetes data news from Companion Medical’s Sean Saint at the Diabetes Mine D-Data Exchange at ADA, and it initially came out at Apple’s June Worldwide Developer Conference. We didn’t catch it at the Worldwide Developer Conference, since our coverage focused on the bigger news at the time – the upcoming Apple Watch OS4 will directly talk to Dexcom’s CGM transmitter without a nearby phone, using a new “CoreBluetooth” update. We assume this will include talking to other diabetes devices too. Apple has now actually posted a video and slide deck for developers (“What’s New in Health”) that has a whole section on “Supporting Diabetes Management” ­– view the video here, starting at the 43:28 mark – note that according to Adam, it’s super geeky code-speak, but does show that Apple totally understands insulin delivery data – a big deal! According to the screenshots, HealthKit will separately track both basal and bolus delivery, a huge win for pumps and MDI. HealthKit will also add the ability to differentiate between pre- and postprandial glucose values, assuming it knows a meal was recently eaten. While unlike the authors of the press article today, we don’t translate this as news that Apple is interested in closing the loop on its own, we do interpret this as confirmation that Apple is interested in enabling an ecosystem of diabetes data/apps that leverage the iPhone/Watch at the center. This update to add insulin doses to HealthKit – on top of current diabetes metrics like glucose, carbs, and exercise – has been long awaited and will be a terrific data/app ecosystem enabler – and great news for people with diabetes (an estimated 5 million take both basal and bolus in the US alone). The market is quickly moving to Bluetooth-enabled insulin delivery devices – Companion Medical’s InPen this year, Tandem’s t:slim X2 mobile app potentially by end of year, Insulet’s Dash PDM in late 2017/early 2018 – and these devices will need to share their dosing data with glucose monitoring, data management, and titration apps. Kudos to Apple for finally making this possible! 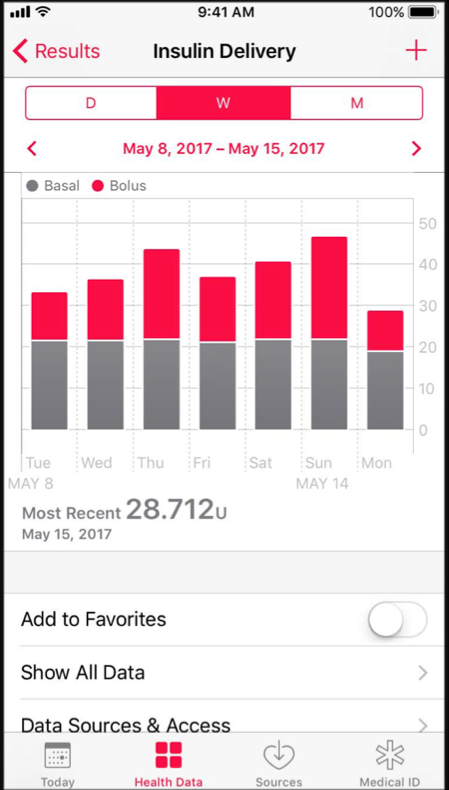 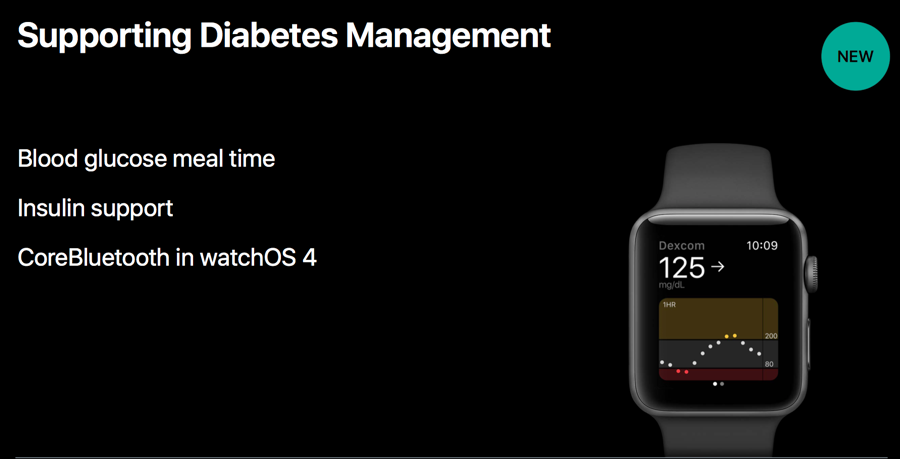