Based on results from the nearly 30 public companies with revenue that we regularly track, this Roundup provides the industry’s high-level business and financial trends from 4Q16 and 2016.

This report is divided into four sections: (i) overall industry highlights; (ii) diabetes therapy; (iii) diabetes technology; and (iv) obesity. Each includes sub-section analysis by therapeutic area, followed by charts with current and historical sales figures, growth, and market share estimates. We note that the data represent our best estimates in many cases since a number of companies do not disclose financial information in great detail. Please let us know if you feel an estimate could be improved!

1. Global diabetes revenue across branded drugs (excluding generics) and devices grew 4% year-over-year (YOY) to an estimated $12.5 billion in 4Q16; full year 2016 sales grew 5% YOY to ~$47.6 billion. Notably, this only includes companies that report revenue publicly for branded products and does not include companies like BI (though we include estimates of BI revenue for Lilly-partnered products) or the many biosimilar insulin manufacturers in emerging markets. We’re glad to see the diabetes industry return to growth in 2016, following flat YOY growth in 2015 on sales of ~$45.5 billion. Newer diabetes therapies and technologies drove growth of the industry in 4Q16 and 2016. In 2016, GLP-1 agonists contributed 39% of growth, SGLT-2 inhibitors contributed 34%, DPP-4 inhibitors contributed 14%, CGM contributed 8%, and insulin pumps contributed 5%. As expected, insulin and BGM saw continued pressure throughout 2016, though next-generation basal insulins were a bright spot.

4. SGLT-2 inhibitors, including J&J’s Invokana, AZ’s Farxiga/Forxiga, and Lilly/BI’s Jardiance, posted $2.9 billion in sales in 2016, which represents 44% YOY growth. Pooled revenue was $841 million in 4Q16, which marks 48% YOY growth. There’s no question that SGLT-2 inhibitors are the fastest growing class of diabetes drugs, but growth has lagged behind post-EMPA-REG OUTCOME expectations.

5. Pooled DPP-4 inhibitor sales totaled $9.7 billion in 2016, a modest 4% YOY rise from $9.3 billion in 2015. Revenue in 4Q16 grew 2% YOY but declined 4% sequentially to $2.4 billion. On the whole, DPP-4 inhibitors have experienced fluctuating sales in the past couple years due to competition from GLP-1 agonists and SGLT-2 inhibitors, as well as US pricing pressures affecting diabetes. That said, we’re happy to note sustained growth in 2016, however small. We still see a very important role for DPP-4 inhibitors to play in diabetes care on account of their safety, tolerability, and familiarity factor.

6. Sales of branded TZDs presumably continued their downward trajectory in 2016, as all companies have ceased reporting results for these agents. This is not surprising as the class has been generic for some time now and has been plagued by safety concerns for years now, though recent clinical trial evidence and thought leader commentary on pioglitazone in particular has been more positive in 2016.

7. Pooled global revenue for the “Big Three” BGM companies (Roche, J&J, and Abbott) totaled an estimated ~$1.2 billion in 4Q16 (down 6% YOY) and ~$4.6 billion in 2016 (down 6% from 2015). Both performances came against easy comparisons to the prior year, as revenue declined an estimated ~10% in 4Q15 and ~12% for the full year 2015. Pooled Big 3 sales have now fallen for five consecutive years. Abbott’s business is the steadiest on the strength of FreeStyle Libre. 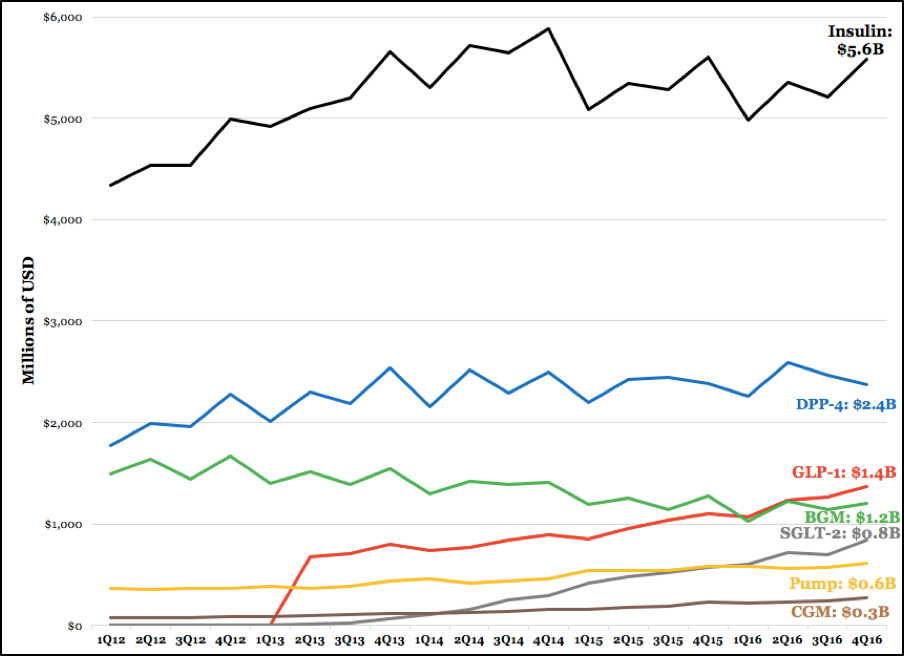 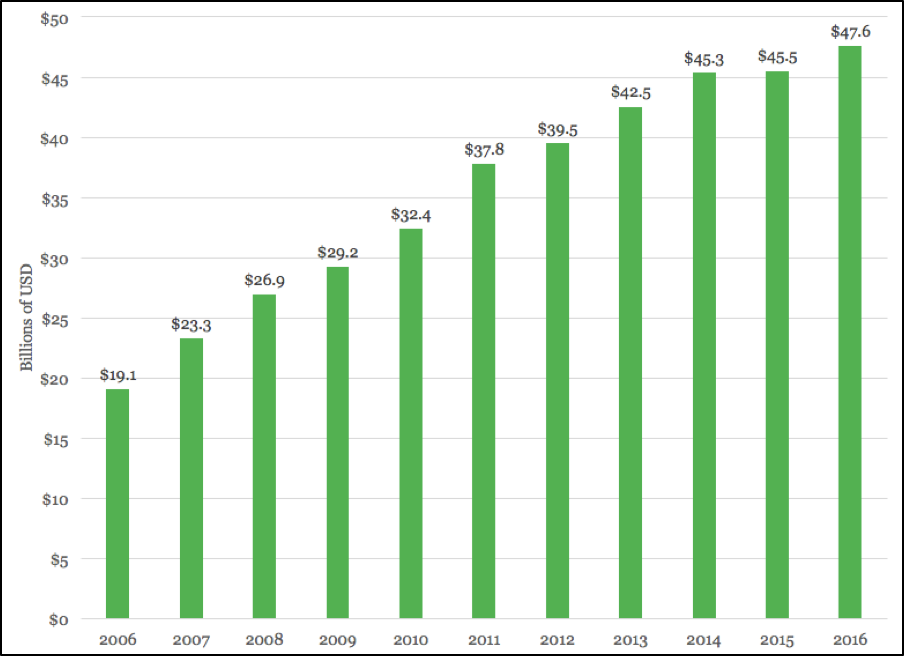 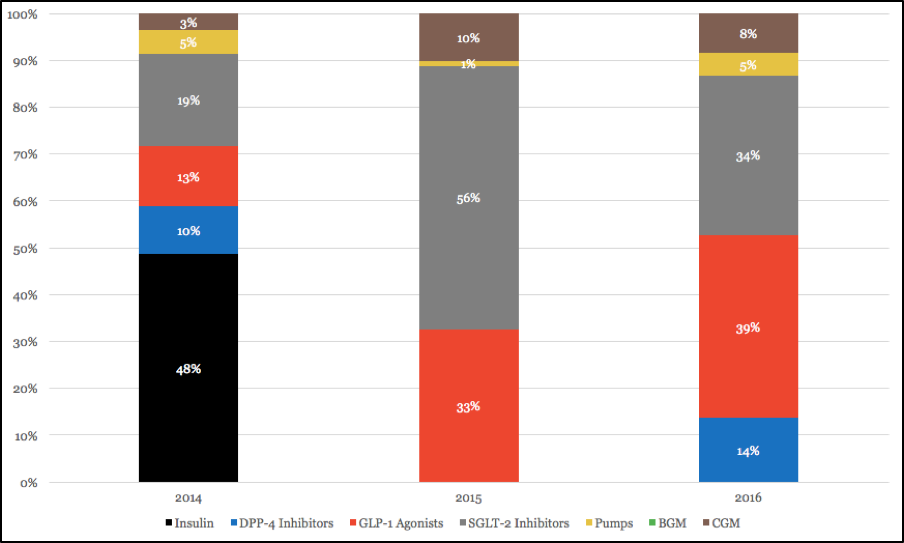 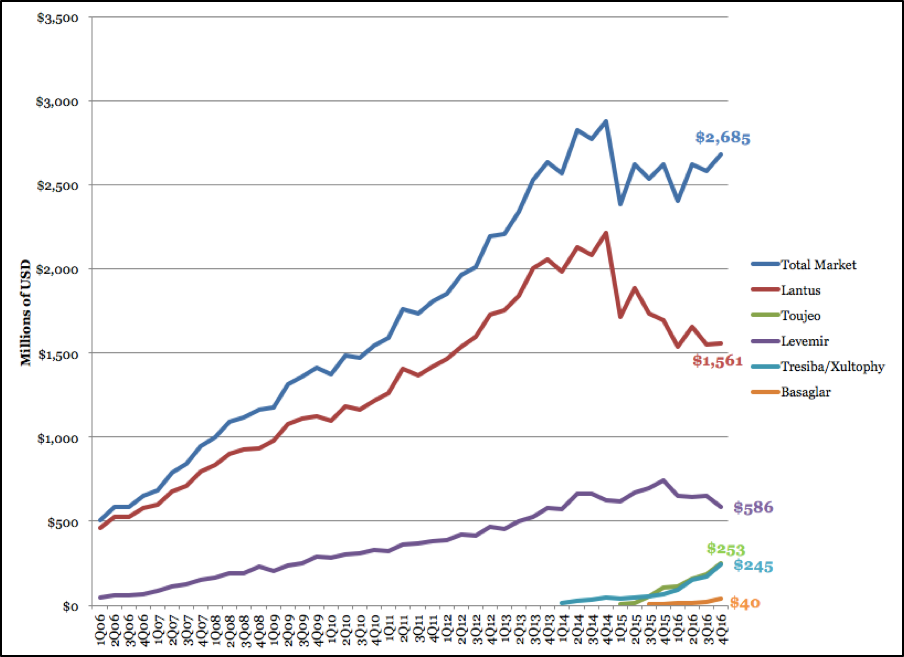 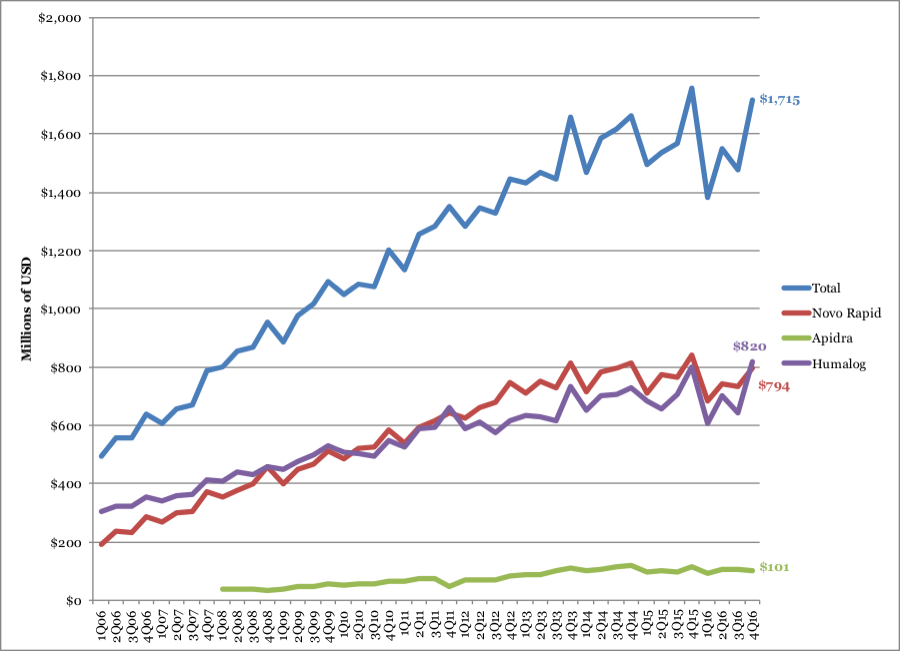 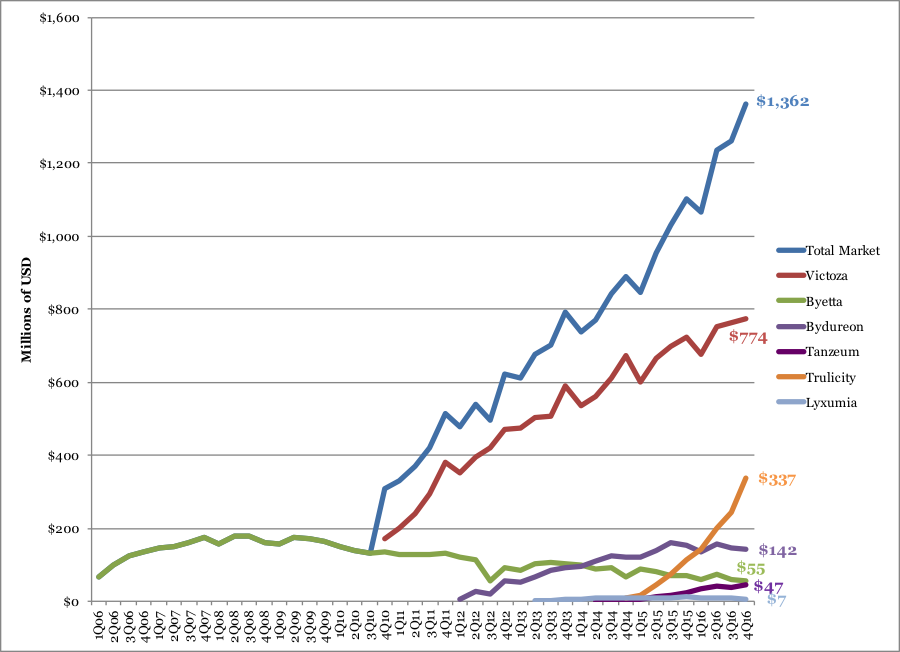 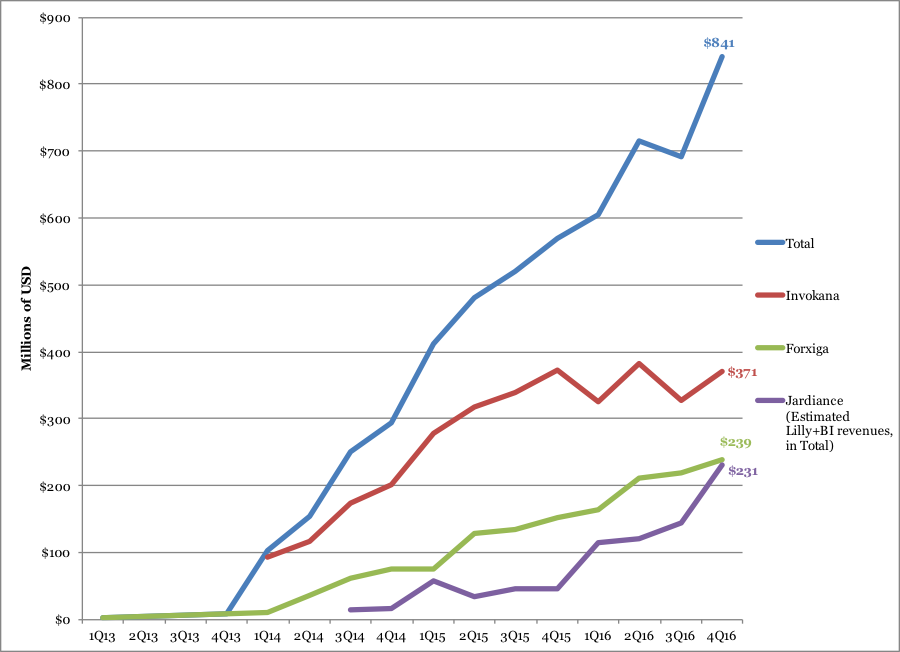 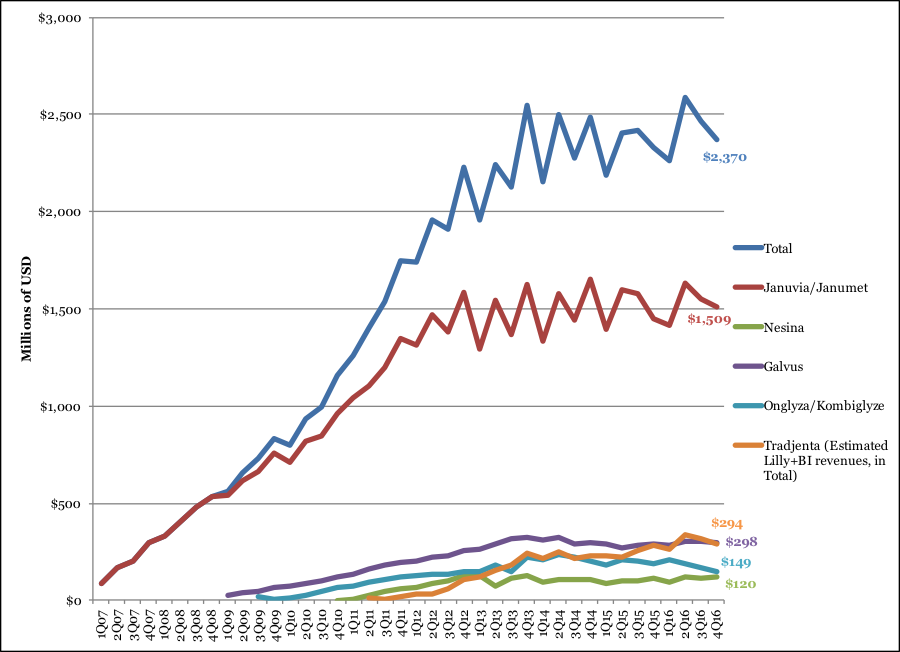 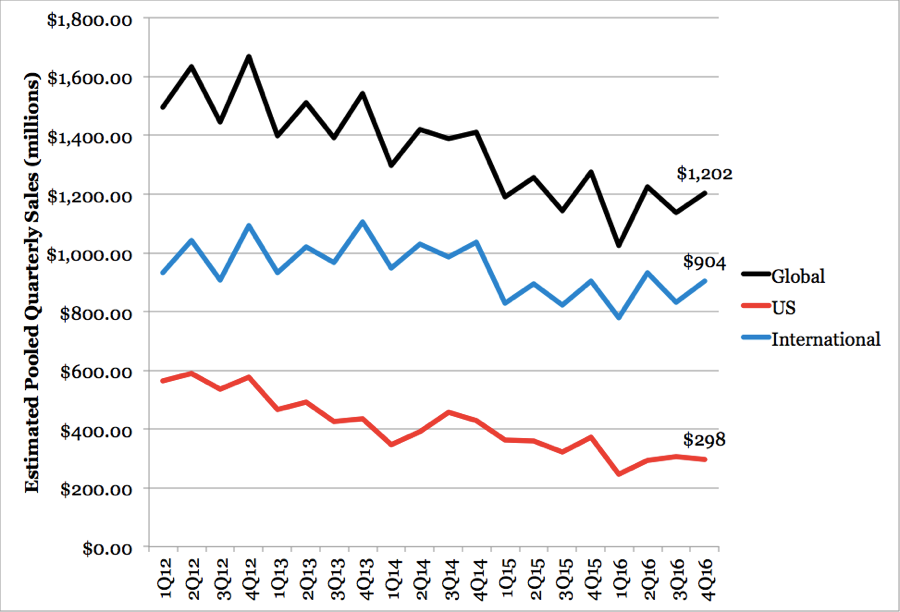 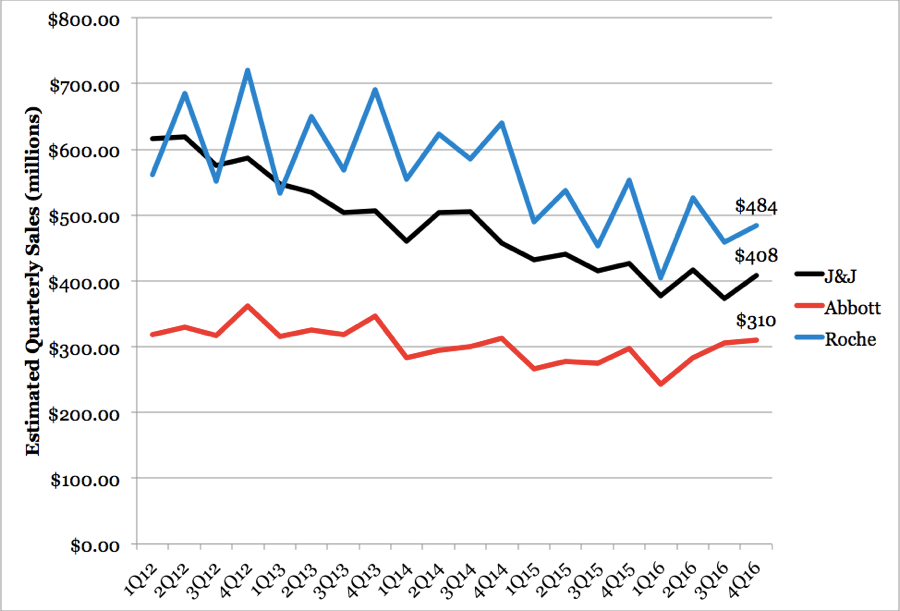 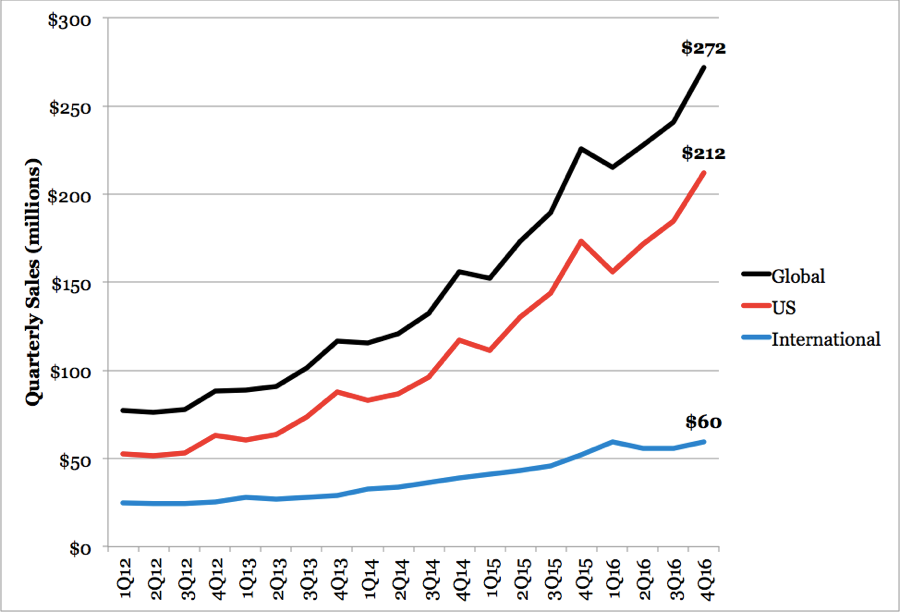 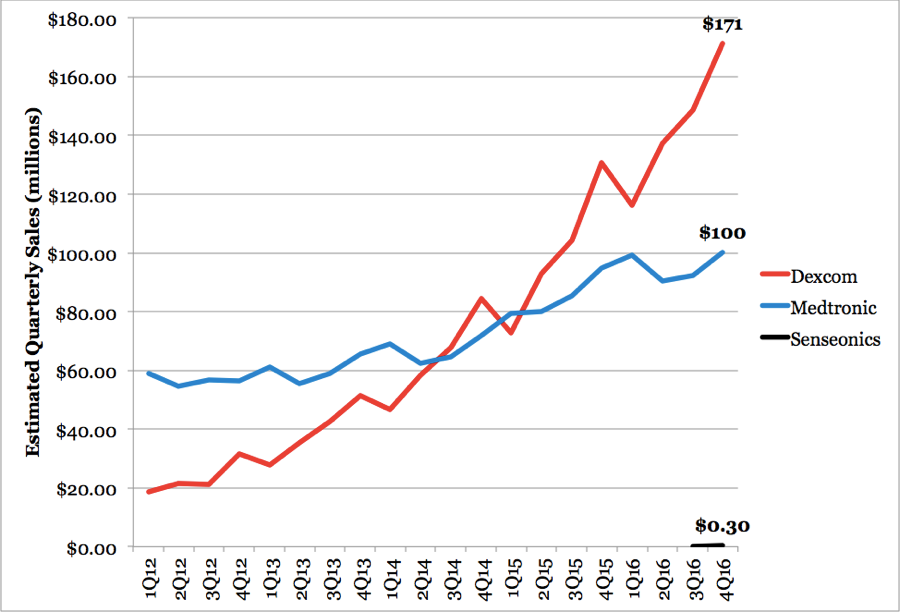 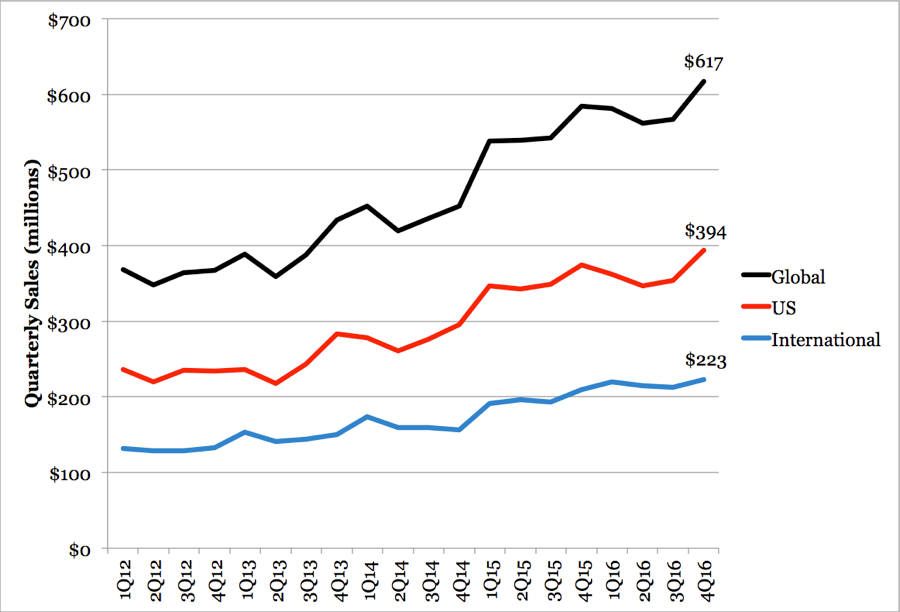 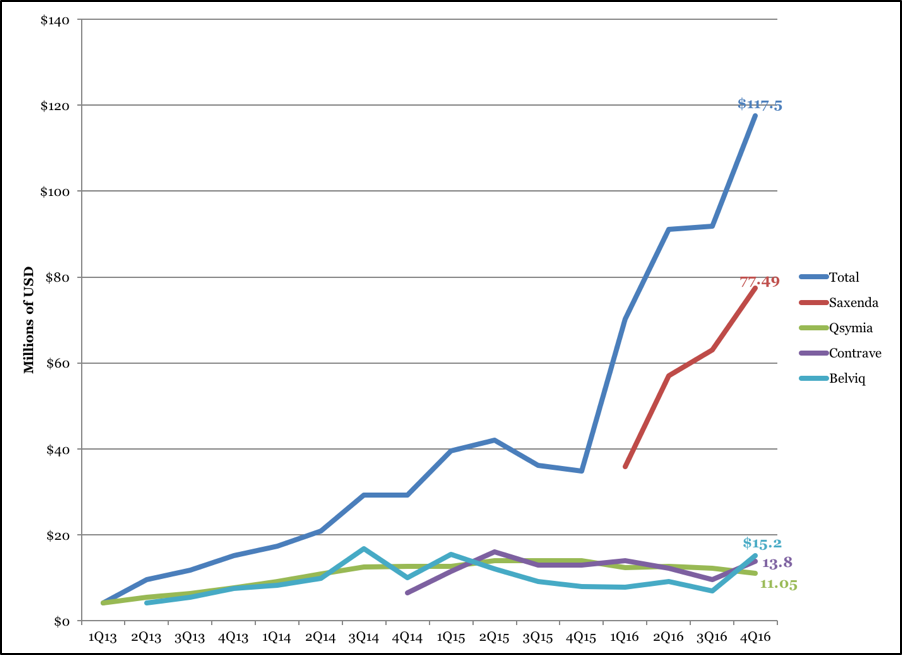