We see these important RCTs in a major journal like JAMA as a key evidence victory for the field and hopefully a positive for reimbursement, including with private payers (reducing hassle, improving coverage to non-pumpers) and as Dexcom seeks Medicare coverage (since DIaMonD extended up to 73 year-olds). Though US CGM reimbursement among private payers is typically characterized as “great,” we continue to hear (and personally experience) administrative hassles to accessing CGM – prior authorization, insurance verifications, etc. (Dr. Korey Hood and colleagues reported similar cost concerns in their recent paper on barriers to pumps/CGM in the T1D Exchange, which mostly surveyed current users.)

A major goal of these studies was to build an evidence base for CGM in MDIs, which was sorely lacking. We wonder if these data could drive further prescribing of CGM among endocrinologists trained to think of pump first-CGM second. Dexcom has been emphasizing the
“CGM first” message for years, and these data certainly support the value of this technology in MDI.

We’ll see more DIaMonD data at ATTD – from the type 2 study population and the group that crossed over to add pump therapy (what does a pump add on top of CGM?).

Glucose monitoring skeptic Dr. Mayer Davidson wrote a an underwhelming accompanying editorial, focusing mostly on the “caveats” to the data: (i) CGM is still too expensive and may not be covered; (ii) the relative 0.4%-0.6% A1c improvements with CGM vs. SMBG are “modest”; (iii) longer studies are needed; (iv) CGM is still invasive and requires SMBG; (v) the investigators were experienced in using CGM in both trials; and (vi) the results are not generalizable to type 2s. We think this commentary missed the mark on several key points: (i) studies like this are needed to improve cost/coverage, and future technologies will be less expensive; (ii) A1c is a poor endpoint for devices like CGM that reduce lows and highs (benefit underestimated – indeed, mean glucose barely changed in either study); (iii) factory calibration is already here (FreeStyle Libre, though not a traditional CGM) and coming with a next-gen version of Dexcom’s G6; (iv) these six-month studies are very long in the world of diabetes devices, and any longer would suffer from innovation lag using old sensor technology; (v) sensors are becoming less invasive, certainly with FreeStyle Libre and Dexcom/Verily; and (vi) type 2s may benefit even more from CGM than type 1s, since the real-time feedback from meals/exercise is 100x what they are getting right now from infrequent BGM.

Read more details below, including our key questions and study results. 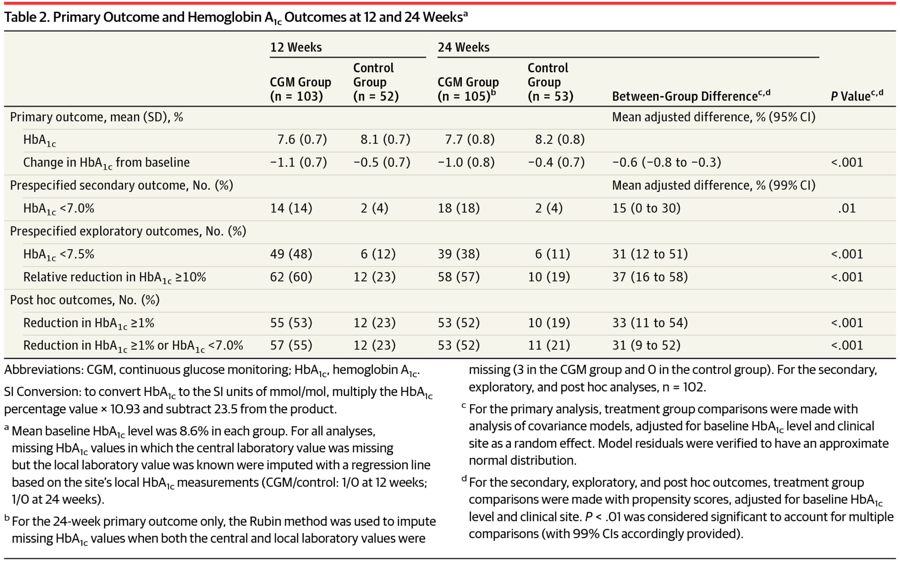 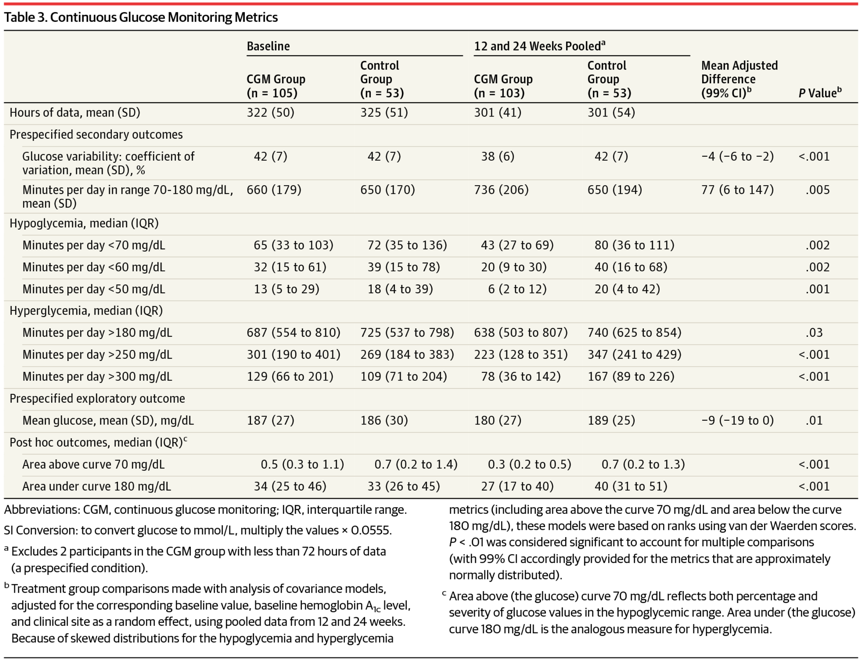 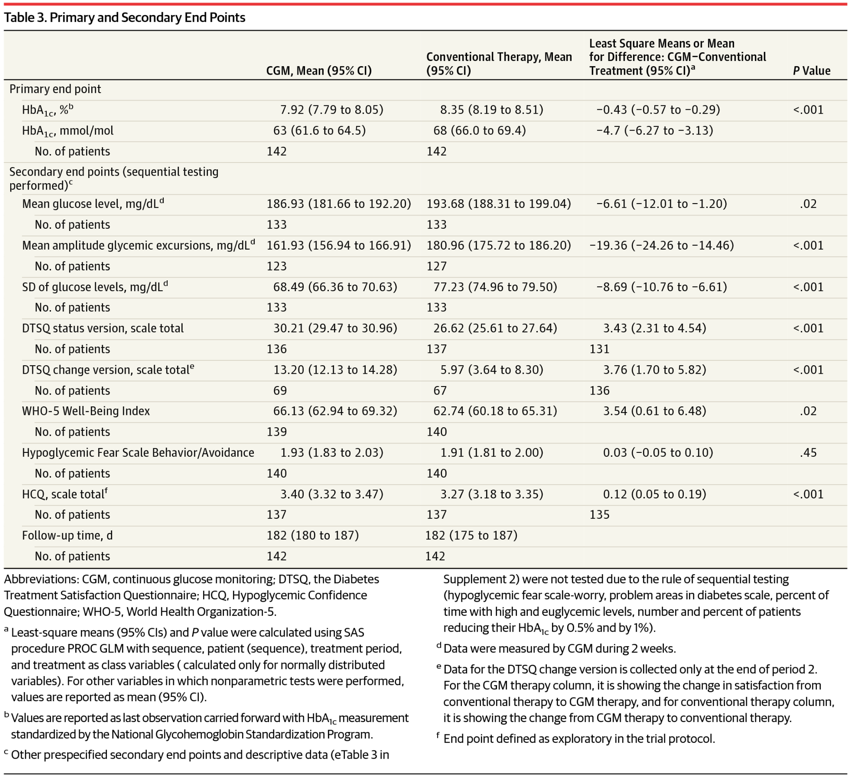