Based on financial results from the nearly 30 public companies that we regularly track, this diabetes/obesity industry roundup provides a bird’s eye view of important trends in 2017, with a specific focus on 3Q17, 4Q17, and 2017 overall. We also include key details on each major drug class and device category.

This report is divided into four sections: (i) overall industry highlights; (ii) diabetes therapy; (iii) diabetes technology; and (iv) obesity. Within each section, we analyze sales performance, share of growth, and provide graphs with current and historical trends. Please note that in many cases, the data we’ve used for our analysis reflects our best estimates, since a number of companies don’t disclose financial information in great detail. We’ve made the basis of our assumptions clear in the text below, but we recognize that a number of the estimates may be meaningfully different from the “actual” that is not known! If you have opinions on how an estimate could be improved, please don’t hesitate to reach out and let us know. 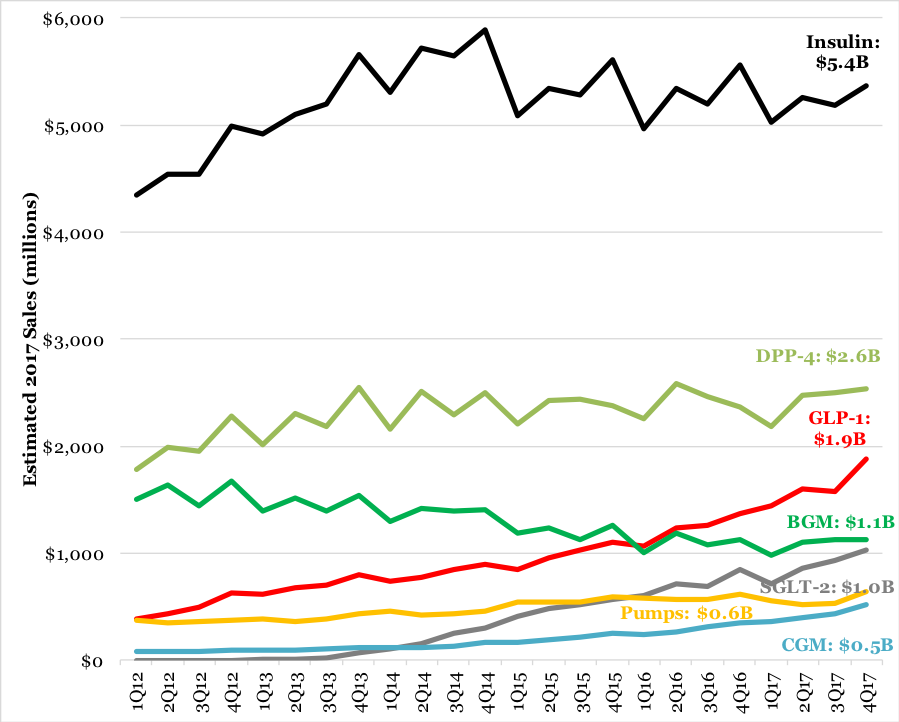 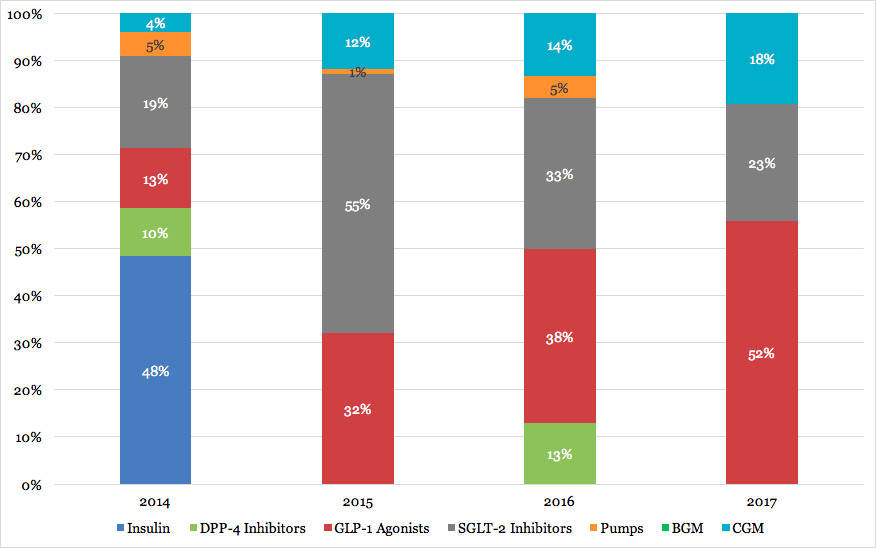 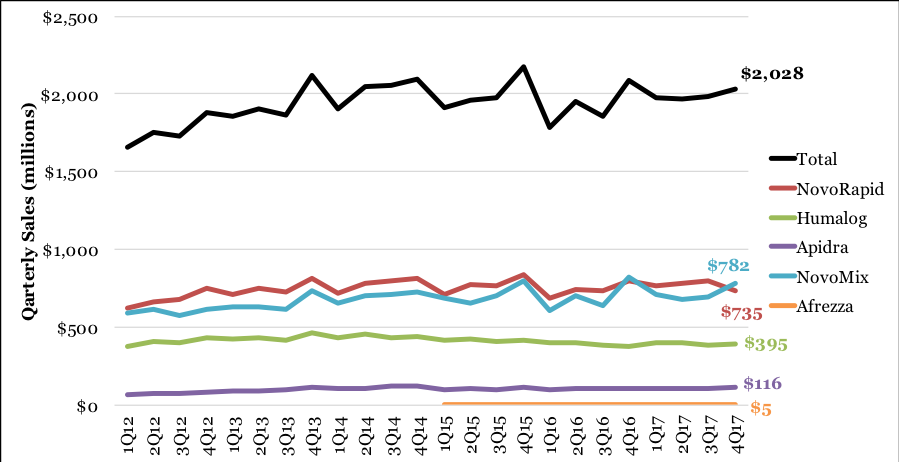 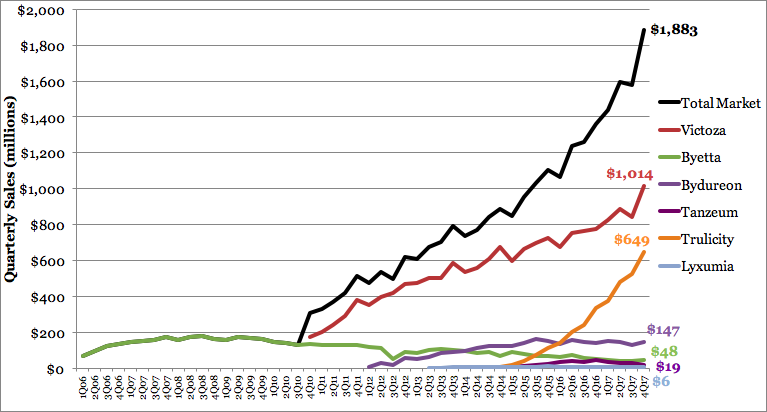 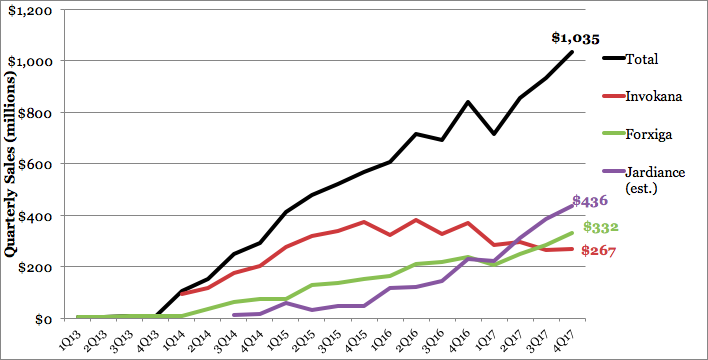 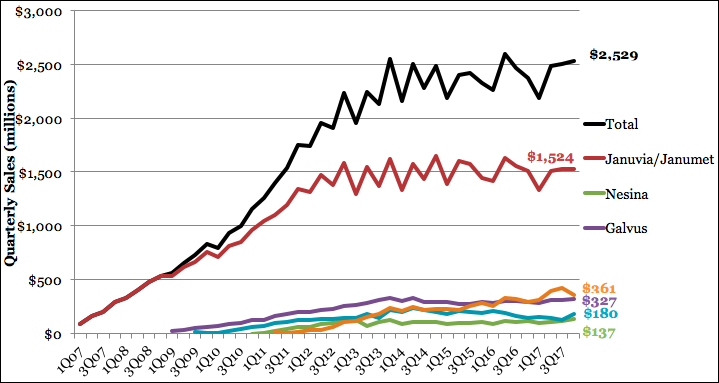 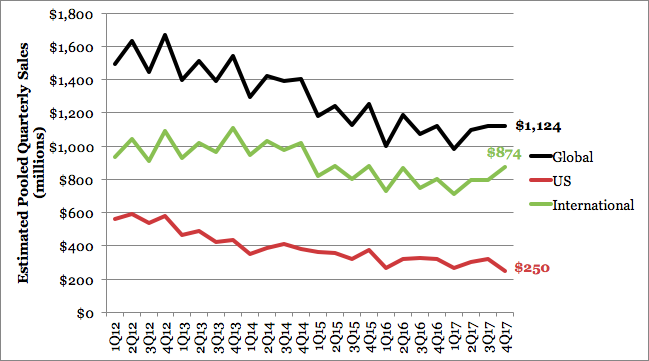 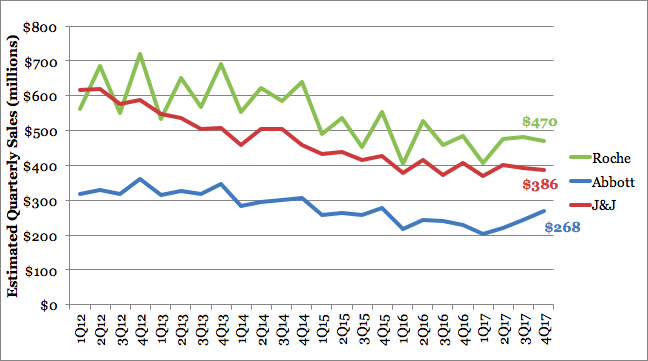 By our estimates, the worldwide CGM market grew to ~$1.7 billion in 2017, up an impressive 46% YOY from the previous record in 2016 (~$1.2 billion, +45% YOY). This represents faster growth from a much higher base of sales, a testament to international momentum for CGM (driving a record ~70% of the category’s 2017 growth!); improved products; global reimbursement wins (Medicare, UK, France, Germany, Japan); growing studies and real-world Big Data (ATTD 2018: Abbott, Dexcom, Medtronic); and rising clinician enthusiasm alongside the Beyond-A1c movement. 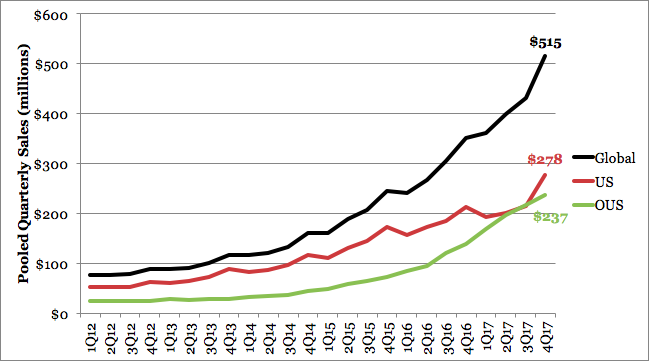 *Close Concerns’ estimates – figures for Abbott sales and Medtronic sales/user base could be off in magnitude. ** Companies likely categorize “users” differently, so these may not be directly comparable. 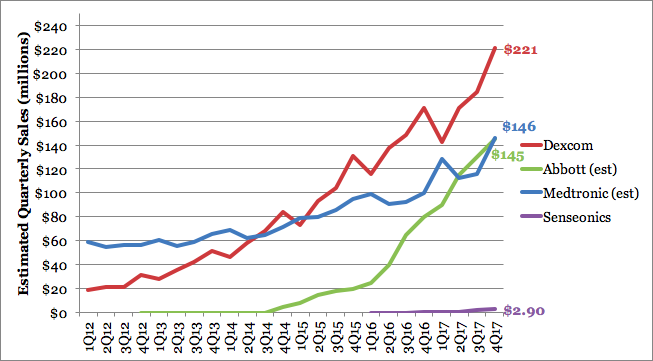 *Assumes ~90% utilization, $120 per month sensor pricing, rounded to nearest $5 million increment – this estimate rests on a number of assumptions that may be off in magnitude

Sales Down 4% YOY on Challenging Year for Medtronic, Animas and Roche Exits; Strong 2017 for Insulet (86% share of category growth!) and Tandem 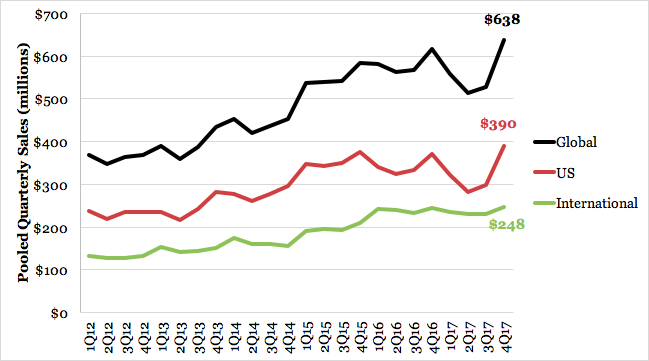 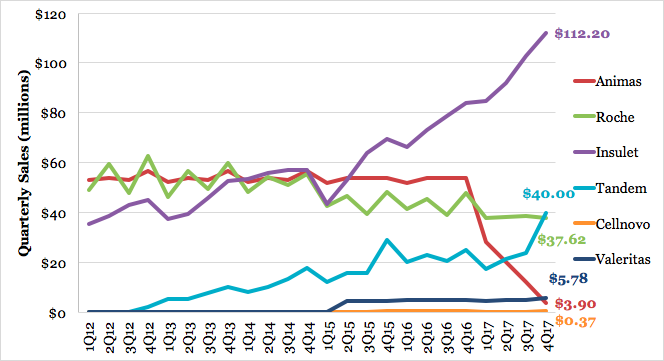 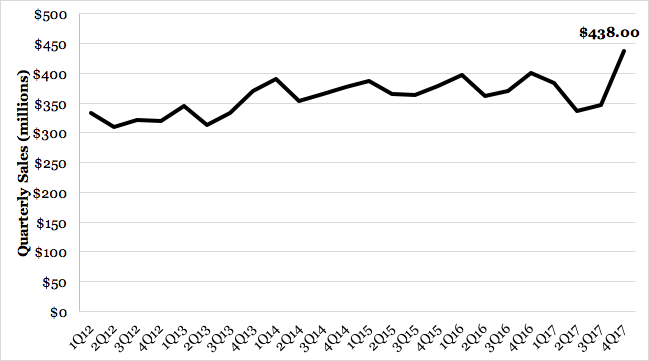 US AID Pipeline and Timing 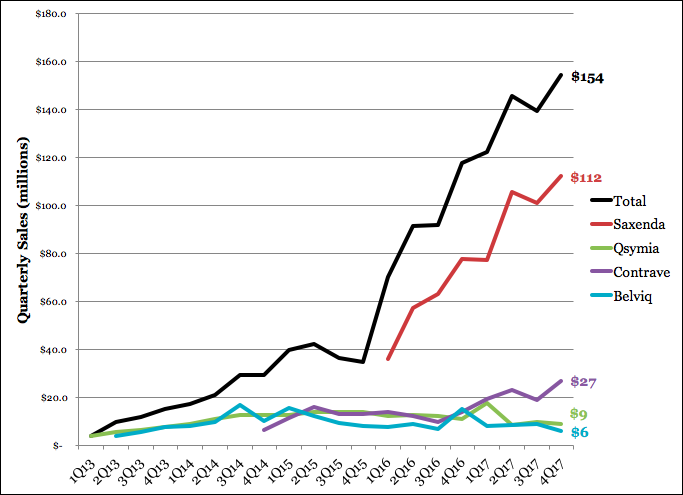