This afternoon, Medtronic announced via blog postthat the Guardian Connect standalone mobile CGM and companion Sugar.IQ app are now shipping in the US. Both apps are now in the US iOS app store – see them hereand hereand screenshots below.

The US launch follows FDA approval in March(~two-year review!) and comes in line with Medtronic’sAnalyst Meetinglast week and the 1Q18 call. This long-awaited CGM launch comes over a year later than originally expected, but represents a critical strategic foray for Medtronic: into MDI and the high-growth standalone US CGM market.

As previously noted, Guardian Connect does not have a receiver – CGM data can only be viewed on the Apple iOS smartphone app. This is an FDA first and a win for Medtronic, who has less hardware to maintain and can market a lower-upfront-cost system (especially vs. Dexcom’s G5/G6, which require a receiver purchase).

Guardian Connect is approved for 14-75 year olds, uses the seven-day-wear Guardian Sensor 3, and is approved with an adjunctive label (i.e., no Medicare coverage). MARD is 9% on the upper arm and 10.6% on the abdomen with two fingerstick calibrations per day. The system still uses the familiar clamshell transmitter, which adds Bluetooth, lasts one year, and is rechargeable.

Beyond no receiver, the big marketing focus is on a “Smart CGM” with predictive high and low alerts, which come 10-60 minutes in advance of an event occurring – we’ll be eager to hear how users like these and if there is alert fatigue. (Dexcom’s G6 new urgent low soon alert comes 20 minutes ahead of a predicted <55 mg/dl event.) All CGM data is uploaded to CareLink automatically, and caregivers can notably receive text message alerts for highs/lows.

As expected, the IBM-Watson-powered Sugar.IQcompanion app only works with Guardian Connect – a competitive differentiator in the standalone CGM market. We were able to go through a quick Sugar.IQ tour after downloading, but actual use requires a CareLink account associated with the Guardian Connect system. The user experience and interface is identical to what we’ve seen previously. For maximum value, users will need to manually log foods in Sugar.IQ, which runs separate from the Guardian Connect CGM app. We love the “glycemic assist” feature, which allows users to “follow” certain foods and see their typical CGM response. Sugar.IQ can also read exercise data from Apple Health.

Medtronic’s first priority is an Android app for Guardian Connect, but no timing has been shared. For context, Dexcom’s G5 on Androidcame ~18 months after G5 on iOS – will Medtronic’s partnership with Samsung help accelerate things faster than that? We’d guess so.

The US CGM market is highly underpenetrated in both type 1 and type 2, so another accurate, smartphone CGM is outstanding for patients. Compared to Abbott’s FreeStyle Libre and Dexcom’s G6, Guardian Connect does require more daily fingerstick calibrations (2 vs. 0), has a slightly shorter length of wear (7 vs. 10 days), has a slightly bulkier on-body form factor, and brings less smartphone/watch compatibility (iOS only vs. G6’s iOS/Android). That said, the Sugar.IQ app, no receiver, predictive alerts, and Medtronic’s marketing/payer muscle should certainly drive meaningful adoption for this system. 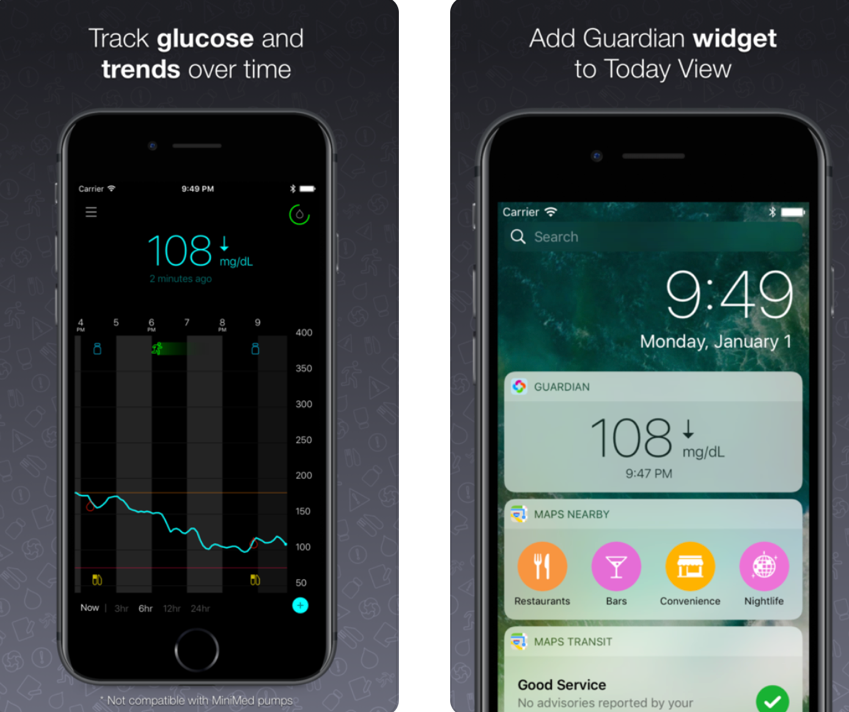 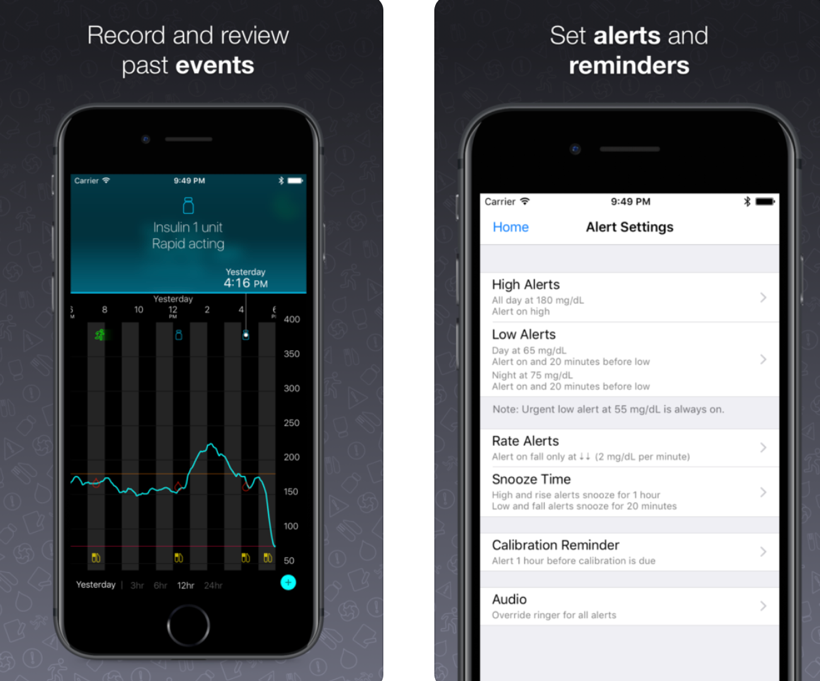 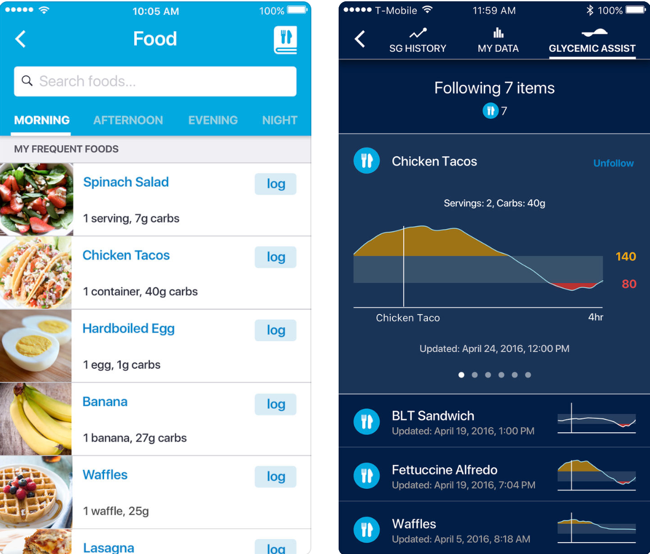 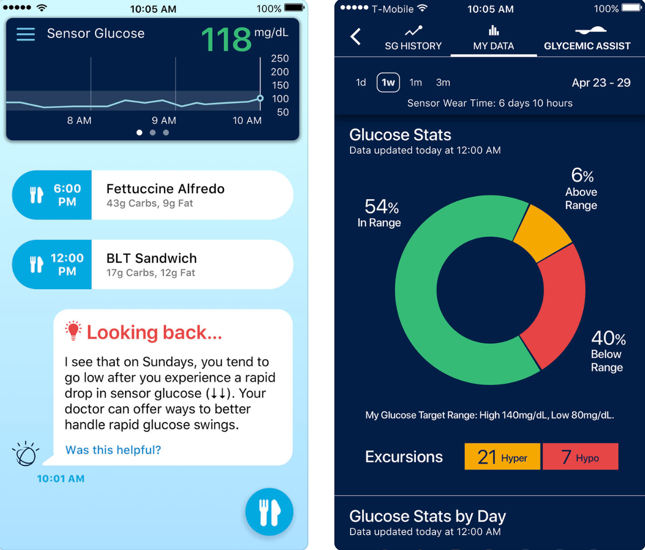