Roche today announced that it has received a CE Mark for its Accu-Chek Solo insulin patch pump and wireless touchscreen handheld. Per the press release, the company will initiate a pilot launch “in the coming weeks” in Austria, Poland, Switzerland, and the UK, aligning with 1Q18’s expectation for an EU launch in 2018. Wow – this has been nearly ten years in the making following the acquisition in 2010. This pilot phase will be followed "by a second commercialisation phase in 2019." We assume the approval is for 2+ years, per the user manual.

The press release describes the Bluetooth-enabled patch pump as “a small, lightweight, and semi-disposable insulin micropump.” Per the user manual posted on FCC’s website (key pictures below), the actual pump is 68 x 40 x 15 mm, a slightly larger footprint than the Omnipod’s 52 x 39 x 15 mm. Unlike the fully disposable Omnipod, Solo is semi-disposable: the pump base includes the electronics and last 120 days (up from previously stated 90 days), while the 200-unit reservoir and the infusion assembly are replaced every two to three days. An insertion device is used to attach the adhesive/pump holder (cradle) to the body.

The wireless Diabetes Manager controls the pump’s settings and includes a built-in Accu-Chek Aviva BGM and bolus calculator. Importantly, patients can bolus both from the touchscreen Diabetes Manager and directly from the pump – this is an advantage on usability over Omnipod, which requires the PDM for a bolus. It does not appear that Solo has a paired smartphone app, though presumably this could be added over time to upload data (and eventually, to control the pump).

Overall, Solo gives Roche a true tubeless patch pump to compete with Insulet’s Omnipod in Europe, which comes at a key time: Insulet just took over direct EU distribution from Ypsomed three weeks ago. While Solo is more complicated to assemble and put on the body than the all-in-one Omnipod, the semi-disposable design should be better for profit margins (i.e., electronics are not thrown out every 2-3 days). Importantly, this brings another truly tubeless patch pump to the category, a clear growth driver for the field – we estimate Insulet drove ~86% of the pump field’s growth in 2017.

We’re also excited to see Roche investing in insulin pump innovation following its exit from the US market at the beginning of 2017. Since then, Roche has acquired mySugr (June 2017), invested/partnered with Senseonics on CGM, shelved its own CGM, and now will launch its first tubeless patch pump to complement its tubed offerings in the EU. Clearly the commitment to diabetes devices is strong (entirely unlike J&J’s complete exit), and many building blocks seem to be falling into place – FDA’s positivity on interoperability could not have come at a better time for Roche! We are assuming Solo could eventually send insulin data directly to mySugr, tying its ecosystem together.

Roche “will soon be engaging FDA” to determine the most expeditious path to get Solo to the US market. For now, the company cannot disclose any definite timelines for FDA filing/US launch of Accu-Chek Solo. Still, this is big news following Roche’s exit from the US pump market in 2017. Booth reps at ATTD anticipated a US launch at least two years following the complete EU launch. That sounds about right, giving things time to scale in Europe.

Automated insulin delivery plans for Solo also have not been disclosed, but clearly a combination with Senseonics CGM seems possible in future generations. An EU pivotal trial will begin testing patients in Europe in 3Q18 with Senseonics’ 180-day CGM, TypeZero’s algorithm, and Roche’s tubed Insight pump (per our updated AID landscape). Will we see a Roche Solo/Senseonics/TypeZero hybrid closed loop? And if so, could this leverage the same Insight pivotal study? Roche was also the first company to publicly disclose participating in JDRF’s initiative to accelerate “Open Protocol” AID systems at ATTD, leaving a possibility Solo could eventually come to market as an “open protocol” pump. Wow would that be exciting.

We’ll be listening closely for more Solo updates during the company’s 2Q18 call on Thursday! We doubt we’ll hear much but it was a big deal to see a Roche press release on this (they hardly ever focus on diabetes from a full company perspective, particularly since Genentech exited diabetes R&D several years back and since Medicare decimated BGM pricing). 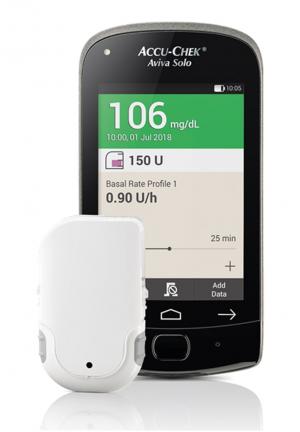 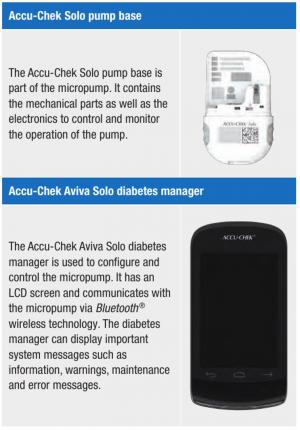 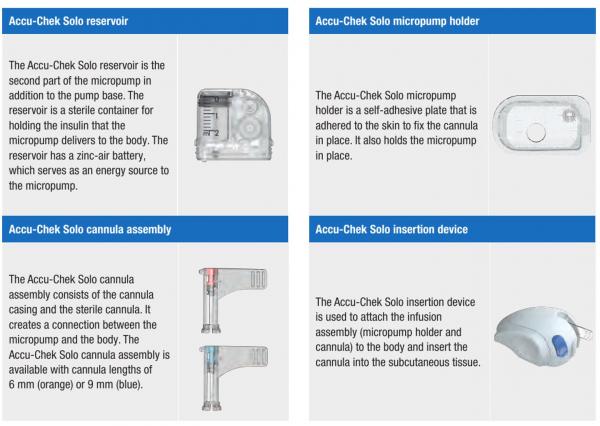 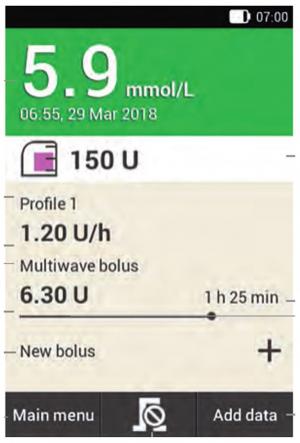 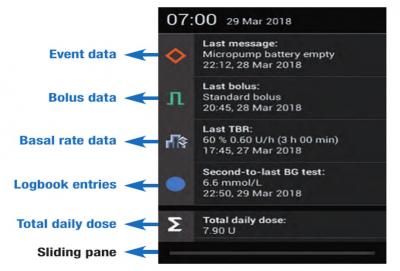