Minutes ago, CeQur announced huge and unexpected news: acquisition of J&J’s OneTouch Via/Calibra Finesse, the slim three-day-wear, bolus-only, 510(k)-cleared disposable insulin patch device. A US launch is expected in mid-2019 under a new product name, with pharmacy distribution (a major positive unlike most traditional pumps) and likely Medicare reimbursement. CeQur will build its own US sales force targeting high insulin-prescribing healthcare providers and areas with good reimbursement. Wow!

We are incredibly happy that Calibra will come to market, as enthusiasm from patients and healthcare providers remains sky high – particularly following the very positive data at ADA 2018 (see below; -1.6% A1c reduction; n=278; 62 sites). We believe Calibra’s super slim profile, tremendous simplicity (squeeze the on-device buttons for a two-unit bolus), 200-unit capacity, no-electronics mechanical design, and pharmacy distribution could appeal to a very wide range of insulin users – both for simplifying mealtime insulin in MDIs (subtracting three injections per day) and for transitioning basal-only users to add mealtime insulin. Notes IDC’s renowned Dr. Rich Bergenstal in the press announcement, “Results from the Calibra clinical study were quite impressive, showing that the device provides an easy way for patients to deliver bolus insulin at mealtimes...” We agree!

As noted, the transaction price was not disclosed, but includes “select assets” from J&J, including OneTouch’s Via manufacturing equipment and a worldwide license to commercialize the device; the US is the initial focus. Between now and mid-2019, CeQur will transfer manufacturing equipment from the existing OneTouch Via plant in Puerto Rico to a “world-class” contract manufacturer. The Calibra device is already FDA-cleared with a very broad label (subcutaneous bolus insulin delivery in adults requiring insulin), and the manufacturing move will not require a new submission (no design changes) – great news for CeQur. J&J obviously did serious legwork on the reimbursement, market research, and packaging fronts, which will clearly help CeQur transition quickly from an R&D-stage to a commercial-stage company by mid-2019. CeQur has ~18 months of runway following $100 million in Series C financing in September 2015.

Disappointingly, J&J would not give up the great name “OneTouch Via” in the deal, meaning CeQur will launch the device under new branding. We assume some/many of the J&J employees will move over to CeQur, but these contracts are not formally part of this deal.

This acquisition is a tremendous coup for CeQur, who obtains a widely-praised, FDA-cleared, simple mealtime insulin delivery patch to complement its much-delayed basal-bolus PAQ insulin infusion device. PAQ’s FDA submission is now expected in 4Q18, with a US launch expected in ~2020-2021 (~12-18 months post-Calibra’s launch, and ~three to four years behind schedule). CeQur’s two-device portfolio will now offer flexibility for those that wish to stay on a once-daily basal injection and use Calibra for mealtime doses, or those who want one device (PAQ) for both basal-bolus insulin. We see strong market segments for both. Since the launches will be staggered, CeQur will also gain valuable, near-term commercial experience launching Calibra next year.

Notably, both Calibra and PAQ can target type 1 or type 2, and both will launch with pharmacy distribution – a unique portfolio that could also set up CeQur for a future acquisition by companies like BD, Insulet, Medtronic, etc. We note differences between both devices and target markets below.

As a reminder, J&J originally acquired the Calibra device in 2012 (price not disclosed), and Calibra received its first FDA clearance for the Finesse in 2010 followed by subsequent clearances in 2012 and 2017 – this device has been a LONG time coming, and one we believe could drive meaningful glycemic and quality of life improvements for many insulin users. At its 2016 Medical Device business review, OneTouch Via was pegged as a ~$1 billion global opportunity (!), and in Q&A, management shared a ton of excitement for potential in BOTH type 1 and type 2.

See more details below on this outstanding news, including discussion of the target market for Calibra, device specs for Calibra and PAQ, a review of Calibra’s data from ADA, possible pipeline additions, and Close Concerns’ questions. 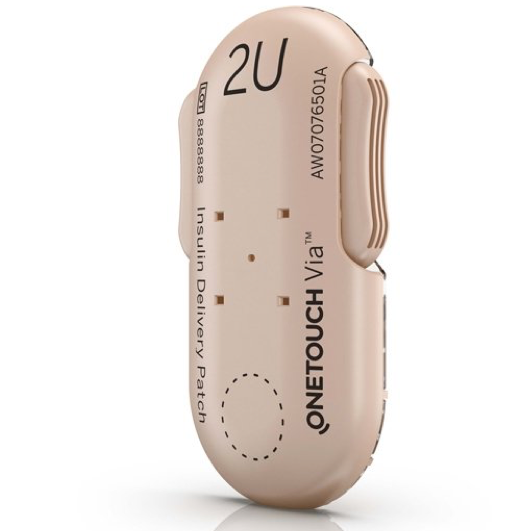 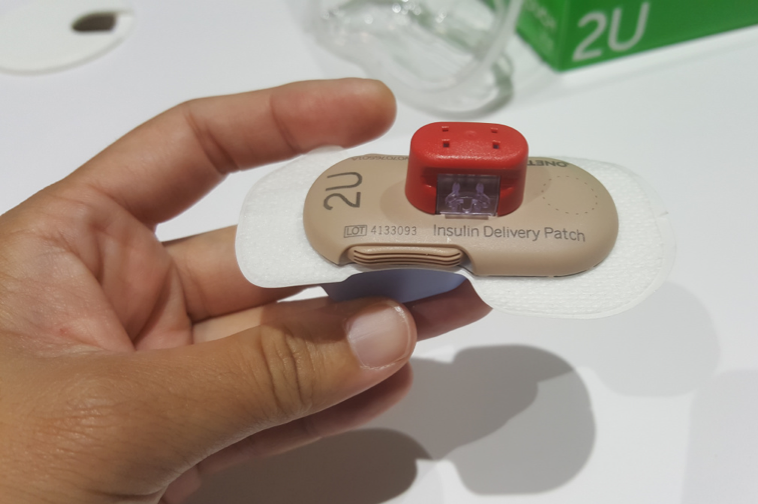 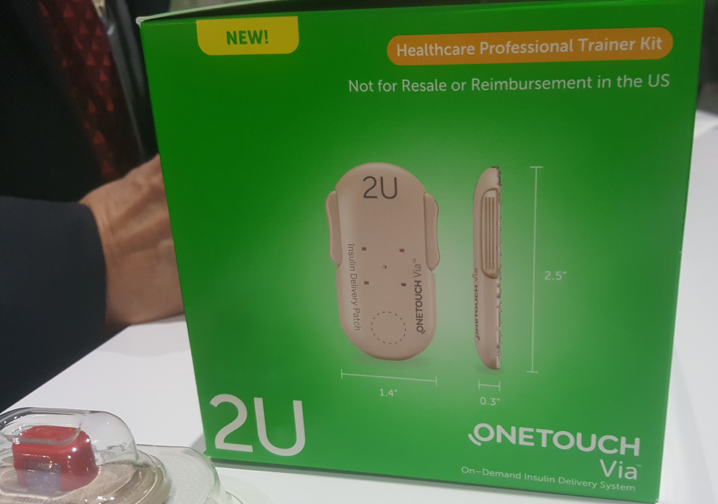 Who is the target market for Calibra’s Finesse?

Q: What is taking PAQ so long to get to market? A: Design for scalability and low-cost manufacturing

“At IDC and Park Nicollet in Minneapolis, we see many individuals with type 2 diabetes on oral agents and basal insulin with elevated A1cs that we might consider moving to basal-bolus insulin but wonder, ‘is it really possible to get excellent glucose control without too much hypoglycemia and maintain that for a year?’ That’s what was appealing about participating in the multicenter study comparing the Calibra (now CeQur) three-day bolus insulin patch to an insulin pen to deliver pre-meal rapid acting insulin. It was nice to have input into the study so we could confirm it was important to treat both groups with the same intensity and collect not only A1c but also 7-point SMBG profiles and CGM (in a subset) along with PROs and patient preference.

Using a simple glucose log book with algorithms built in to adjust bolus and basal insulin to match the glucose patterns, we ended up seeing some of the best glucose control I have ever seen in a group starting with an A1C of 8.6% already on insulin. Not only was the six-month and almost 12-month A1c at 7%, but more impressively to me was how the patients individualized their Lantus dose to go to bed at 130 mg/dl and wake up at 130 mg/dl, and also adjust the bolus insulin so pre-meal glucoses stayed at 130 mg/dl and post meals glucoses went up only 10-15 mg/dl (on average). My conclusion: Adjust basal and bolus insulin on a regular basis according to glucose patterns and diabetes management can be excellent (excellent time-in-range with minimal time in hypoglycemia – my standard definition of excellent management). Patients can deliver the insulin many ways but our study volunteers and healthcare professionals preferred and were more satisfied delivering multiple bolus injections using the three-day bolus patch.”

A highly-anticipated trio of posters evaluating J&J’s OneTouch Via/Calibra Finesse (three-day patch insulin bolus delivery device) vs. pen bolus delivery (Novo Nordisk’s FlexPen) in a 62-center, 44-week RCT of type 2s (n=278 with A1c ≥7.5%) ended with very positive results for both groups in terms of A1c outcomes and particularly positive preference results for the Via group. Both groups experienced similarly robust reductions in A1c (~1.6%-1.7% drops!), but patients and providers alike preferred Via over the pen for implementing basal-bolus therapy, suggesting that the “wearable pen” device, which allows for simplified training and discreet insulin delivery, may well drive greater adherence in the real-world setting. Patients were randomized to use either OneTouch Via or the FlexPen when advancing to mealtime insulin, and all used a pattern-based logbook, which combined SMBG values with a simple insulin adjustment algorithm. Initial evaluation lasted for 44 weeks, after which the participants “crossed over” to the opposite therapy for four weeks. During a baseline period and prior to study visits at weeks 4, 12, 24, 36, and 44, participants recorded three days of 7-point SMBG values, and phone calls with subjects were conducted with patients five times during the first eight weeks to assist with self-titration. A CGM sub-study with Dexcom G4 Platinum was performed in 96 of the participants for seven days at baseline and again for seven days between weeks 22 to 24. Top-line, 44-week results showed that A1c decreases were significant in both groups, but not significantly different from each other: the FlexPen group saw their A1c drop an average of 1.7% (baseline: 8.7%) while those on Via saw A1c drop an average of 1.6% (baseline: 8.6%). In both groups, all of the improvement in A1c came in the first 24 weeks, then leveled off at ~7.0% (~83% of the reduction came by week 12), which is certainly a great result coming from an A1c over 8.5%. 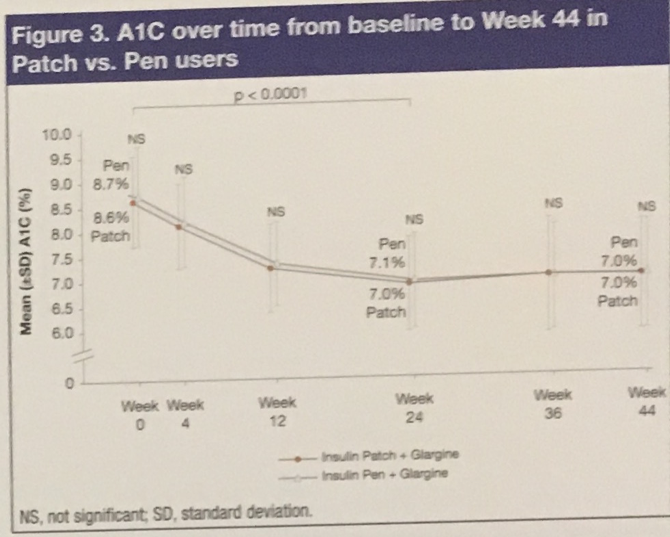 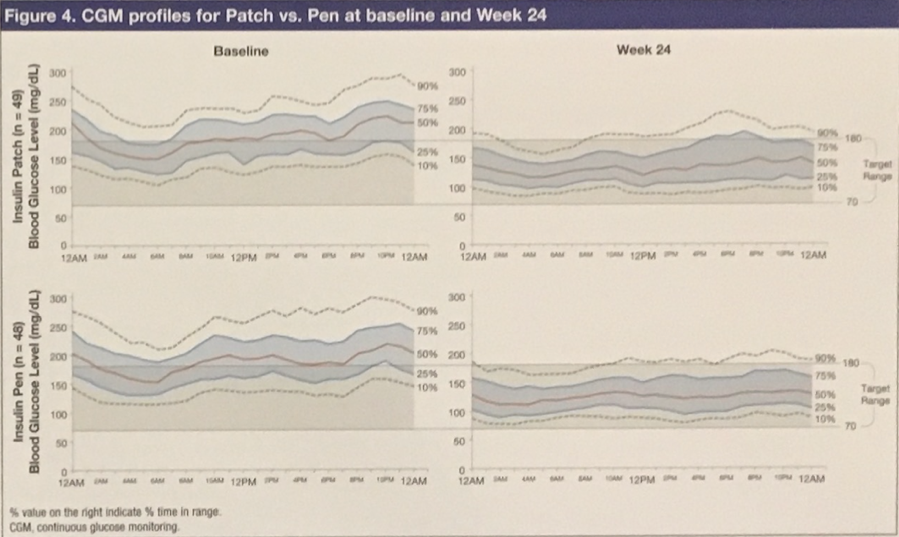 Q: Who will be the earliest adopters of the Calibra device in the US? Will it see more adoption in type 1 or type 2? Will most early users already be on MDI, or will they add bolus insulin through Calibra? Will patients or HCPs drive adoption of Calibra?

Q: What will payer coverage for Calibra look like at launch? Will the clinical trial results from ADA 2018 help or hurt coverage – i.e., as a new device, Calibra adds cost over MDI with pens, but payers might focus on no significant A1c benefit vs. MDI; that said, there were clear patient/HCP preference advantages, and the A1c reduction with MDI in the trial was far better than real-world… We hope payers think holistically here!

Q: What has CeQur learned from Valeritas’ V-Go launch in the US? How will it differentiate the two devices at launch? How large will CeQur’s sales force be? We hope CeQur learns from the successful launch of FreeStyle Libre, which has obvious parallels in our view – no more fingersticks (Libre) vs. no more mealtime injections (Calibra).

Q: Can Calibra help CeQur get to cash-flow positive quickly? With ~18 months of runway, the company will likely need to raise more money in late 2019.

Q: Will CeQur ultimately be acquired, or will investors move to take the company public? Who is a likely acquirer? Would it make sense to combine V-Go, Calibra, and PAQ under one company? Would a BD, Insulet, Medtronic ultimately acquire CeQur?