In major news, Roche just announced that it has acquired mySugr – wow! Notably, the news was announced in a Roche company-wide global press release, a clear sign of commitment to the brilliant 47-person company and the world’s most popular diabetes app (1+ million users, as of May). mySugr’s heartfelt founders’ letter (soon to be posted here) is an incredible read – one of the best news releases we’ve seen in a very long time from any diabetes company.

According to one source we spoke to, mySugr was valued between ~$75 million-$100 million. If true, that lends even more confidence that Roche is making/will continue to make a significant investment here. This also serves as major digital health exit for a diabetes company!

Notably, mySugr will still operate as an independent and autonomous company under Roche, remaining an open platform for all health insurers and device/pharma companies – “regardless of their position as a competitor or Roche Diabetes Care.” Nice! (Current partners include Abbott, Beurer, Dexcom, Medtronic, and Novo Nordisk.)

Roche has been an investor/integrated BGM partner to mySugr since at least 2015, though this news shows the BGM giant’s clear desire to reinvent itself and put digital technology at the center of its strategy. Roche’s Global Head of Diabetes Care, Marcel Gmuender, has a pretty amazing line in mySugr’s press release: “[mySugr] will constitute an integral part of our new, open digital health ecosystem centered around the needs of people with diabetes. We are passionately working to redefine the way diabetes care is being provided so that people with diabetes are not only seamlessly connected to their caregivers but can experience relief from their daily routines while spending more time in their target range.” We love this desire to partner with other device companies, to connect patients and caregivers, to drive time-in-range outcomes and relieve burden, and to put patients at the center.

With this exit, mySugr becomes an even clearer success story in diabetes/digital health, gets more financial firepower (no wasted time fundraising) and resources, and still gets to operate independently and nimbly to achieve its mission: “Make diabetes suck less.” The company has always put world-class user experience/design and an open ecosystem approach at the center of its app, and we expect these will continue (or even accelerate) with this deal.

Financial terms were not disclosed, though the scrappy mySugr team has operated on a shoestring budget – its last round in 2015 raised just $4.8 million (Roche was a lead investor). mySugr was founded only five years ago, and the initial idea for it came a bit before that: “The mySugr idea was born in 2010. Smartphones were still quite new, the first tablets just hit the scene and the diabetes industry felt stuck in a gloomy place.” Boy is it a different world now in technology, where mySugr’s core principles seem to be infiltrating many products.

See the table below for our views on what each side wins from this exciting deal, followed by more commentary and our questions! 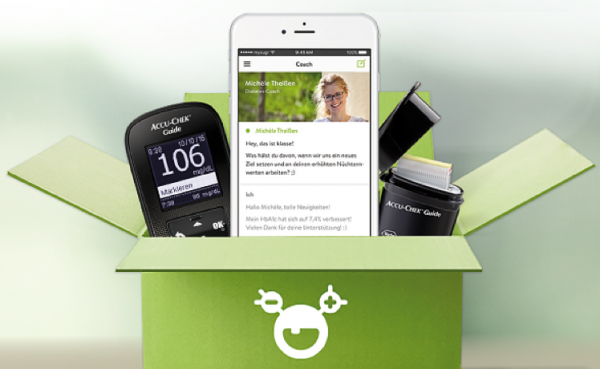 Q: How will this announcement speed up what mySugr hopes to accomplish? How much was funding gating its ambitions?

Q: How will mySugr’s other device partners react – will they embrace mySugr/Roche’s vision of an open ecosystem?

Q: How will Roche evolve its business model with mySugr in the fold? Will it move towards population management in a bigger way? What will Roche look like in three years?

Q: Will mySugr Coaching scale and become a bigger focus?

Q: When might mySugr bring its bolus calculator to the US?

Q: How will mySugr integrate CGM data? Will this become a bigger focus under Roche?