Not surprisingly, each Insulet event began with a summary of results from Omnipod 5’s pivotal trial in adults/adolescents and children. We summarize the results from the trial in the table below – see our coverage from ENDO 2021 Day #1 for a full breakdown of these results. Here, we provide some context and discussion of the Omnipod 5 results compared with Tandem’s Control-IQ and Medtronic’s MiniMed 780G pivotal trials. In general, all three automated insulin delivery systems demonstrate impressive outcomes compared to usual care and the new Omnipod 5 results continue to build on a growing base of evidence that AID is safe, effective, and easy-to-use.

2. “This data is incredible”: Dr. Bruce Bode on Omnipod 5’s ease of use and adaptivity and its potential for MDI and type 2 patients

During Saturday’s investor call, we heard from Dr. Bruce Bode (Atlanta Diabetes Associates), one of the pivotal’s Principal Investigators. Overall, Dr. Bode summarized by saying, “This data is incredible” and the system is effective for supporting patients with diabetes and reducing burden because of its ease of use and algorithm adaptability, which makes it particularly well-suited to type 2s and patients coming from MDI therapy. As a reminder, Dr. Bode presented partial – but very exciting – data from a type 2 feasibility study on Saturday at ENDO 2021.

Insulet’s third Omnipod 5 webinar recapped results from the system’s pivotal trials in adults, adolescents, and children with presentations from Drs. Anders Carlson (International Diabetes Center) and Greg Forlenza (Barbara Davis Diabetes Center). The webinar also included four detailed case-study presentations from Dr. Carlson and Dr. Jennifer Sherr (Yale) demonstrating the applicability and effectiveness of Omnipod 5 across a wide variety of patient scenarios. Across all presentations, the most common theme was ease of use for patients and simplified diabetes management reducing the burden of diabetes for patients and caregivers alike. 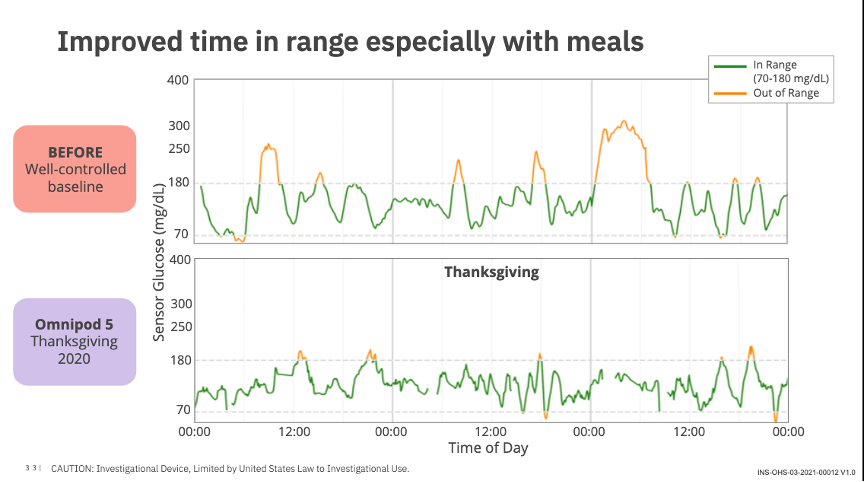 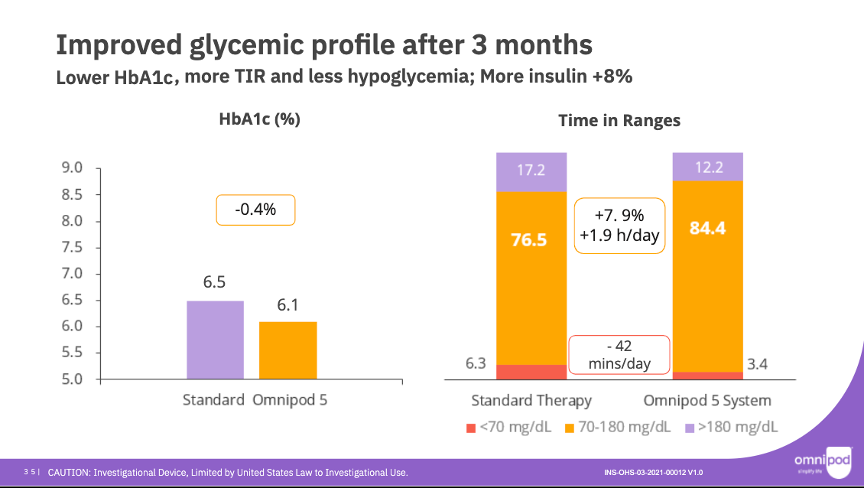 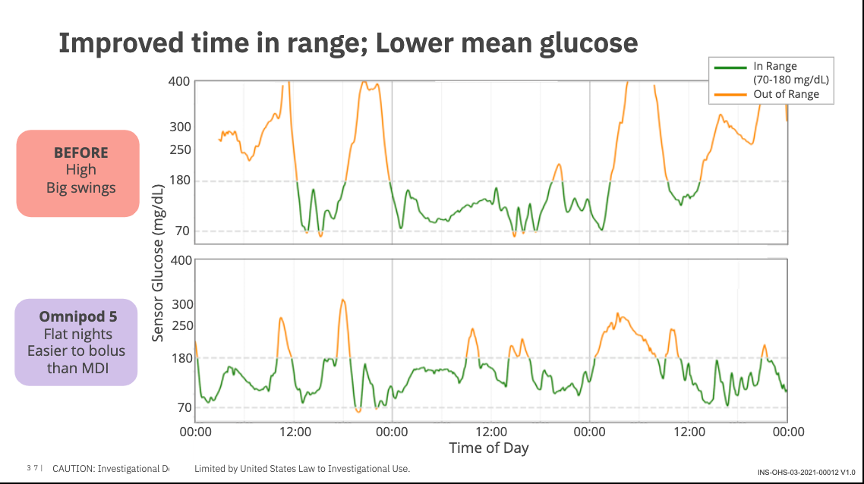 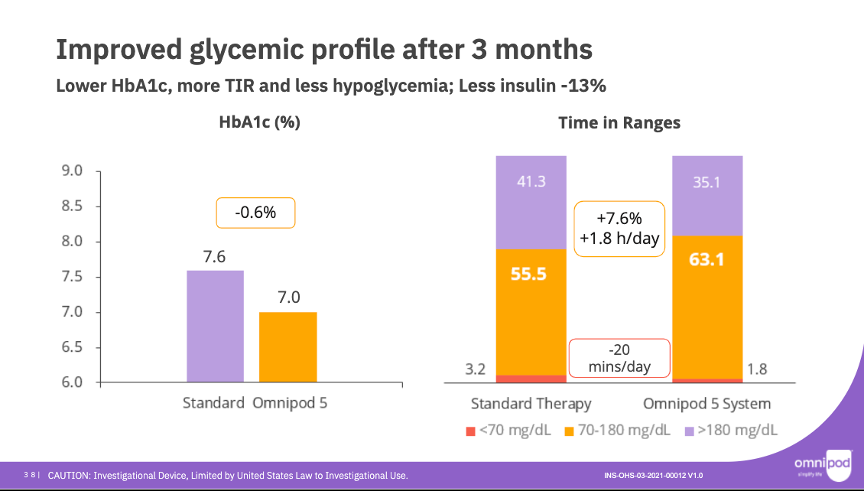 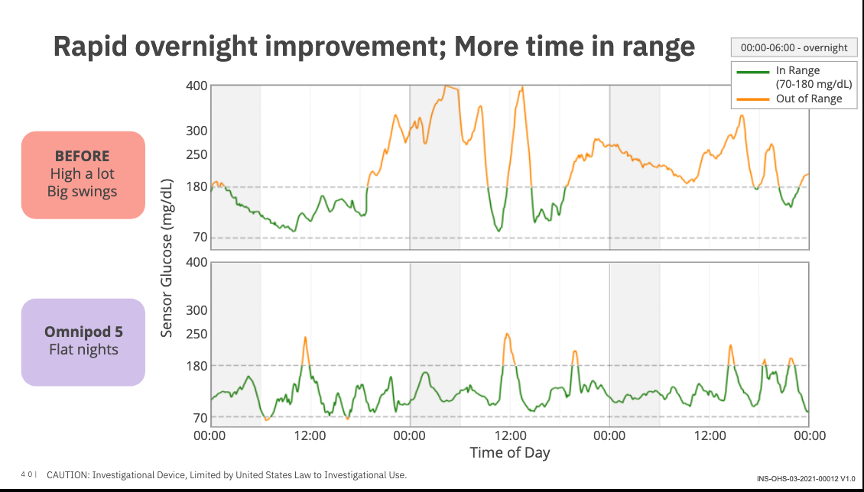 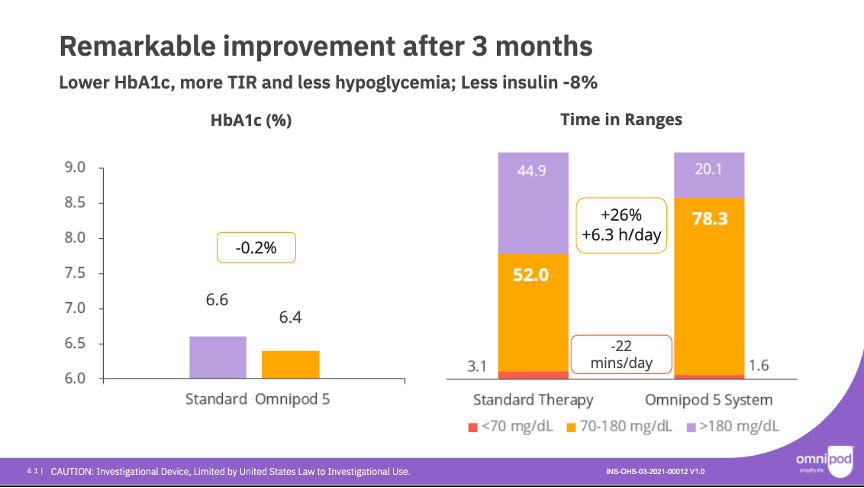 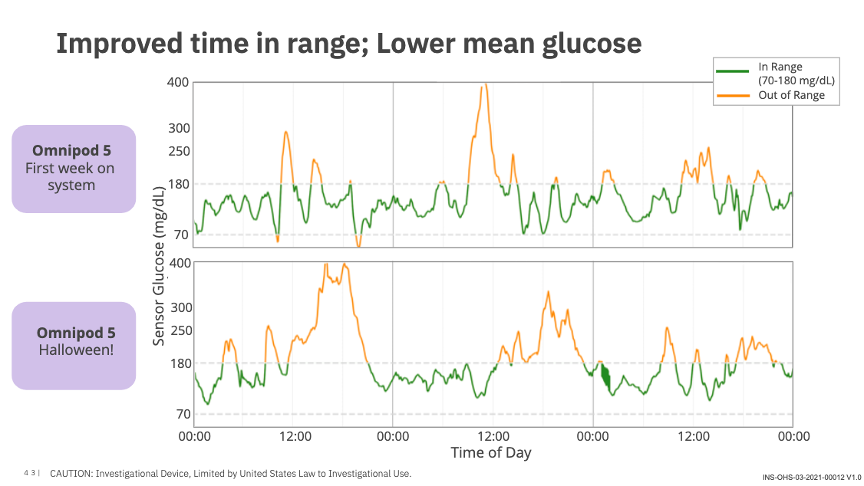 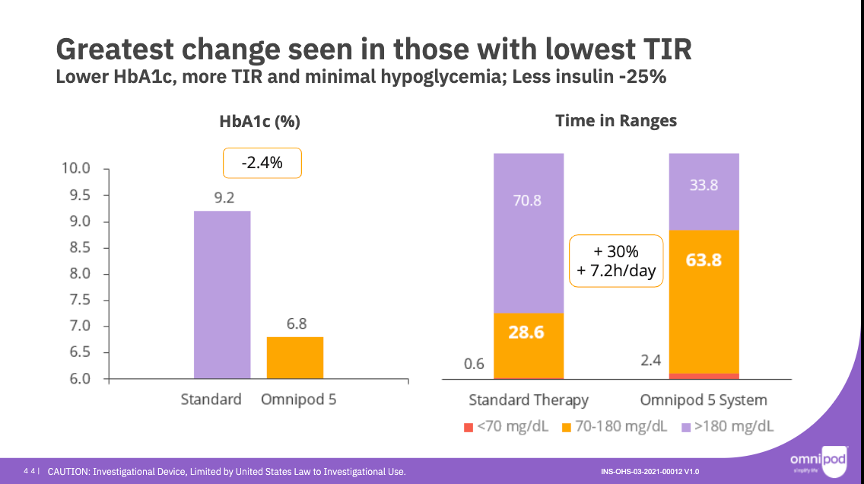 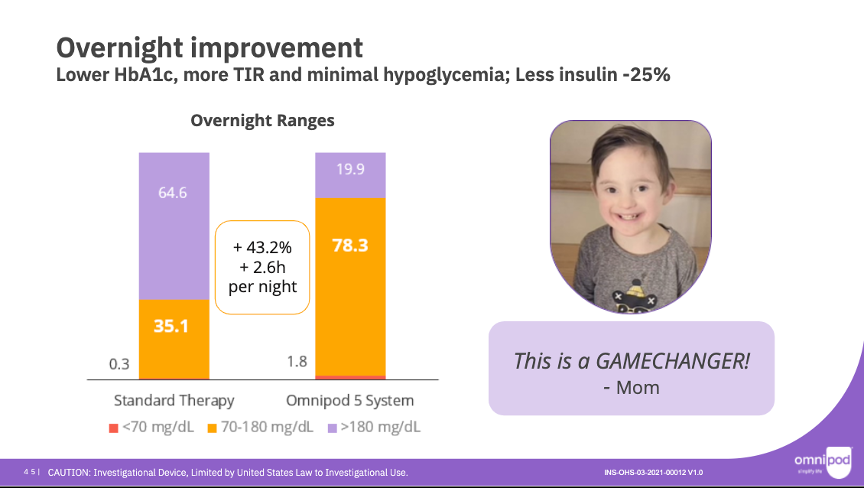 Saturday’s investor call featured thirty minutes of investor Q&A with CEO Shacey Petrovic, CMO Dr. Trang Ly, and SVP of Innovation and Strategy Eric Benjamin, who shared insights into the impact of Omnipod 5 on Insulet’s market position and discussed the advantages of Omnipod 5 compared to other AID systems and the next steps toward FDA approval. In particular, their discussion of the features and advantages of the Omnipod 5 system were fascinating, not only in terms of how Insulet positions itself in the AID market, but also in how they see those features and advantages driving overall AID and pump market growth looking ahead, as well as the movement into the insulin-requiring type 2 and MDI spaces.