Total sales of obesity drug Belviq (lorcaserin) grew 2% year-over-year (YOY) as reported to 900 million JPY ($8 million) in 1Q17, according to Eisai’s recent 1Q17 update. Arena also recently provided its 1Q17 financial update in a call led by CEO Mr. Amit Munshi, and the company reported $2.7 million in net product sales and $1.5 million in manufacturing support payments from Eisai for the partnered obesity drug. This represents Arena’s lowest quarterly revenue for Belviq since 4Q13 ($2.4 million), which may reflect a recent agreement on the part of the two companies that Eisai will hold all global development and commercialization rights for the product. Both Arena and Eisai have shifted their focus away from obesity in light of steep commercial challenges, including societal stigma, patient reluctance to consider pharmacotherapy for weight loss, and provider concerns regarding the safety of these agents. The de-emphasis was reinforced during Arena’s 2Q16 update with the company’s statement announcing a strategic shift to streamline its operating costs and allocate greater resources to its non-obesity pipeline. That said, the fact that Arena hired Dr. Preston Klassen recently as head of R&D (previously head of Orexigen R&D) strongly implies the obesity focus could return. 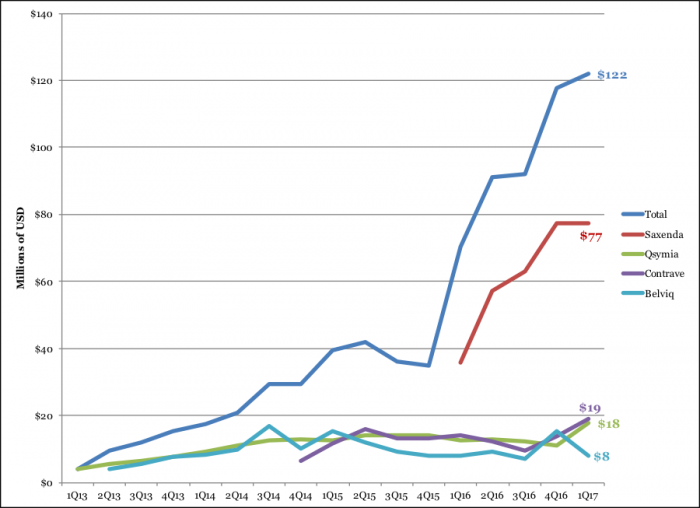