Ypsomed announced today that it has received a two-year grant (amount not disclosed) from JDRF to accelerate development and regulatory approval of an open protocol, fully interoperable mylife YpsoPump. The funding commitment will support Ypsomed’s participation in JDRF’s Open-Protocol Automated Insulin Delivery Systems Initiative, as Ypsomed plans to enable seamless connectivity with “smartphone-based applications and/or other devices” (i.e., third-party AID algorithms and interoperable CGMs) via published communication protocols. The YpsoPump already has Bluetooth and sends data to the mylife app (e.g., to display pump status).

This is a very smart strategic move for Ypsomed, given the increasingly crowded AID landscape and Ypsomed’s lack of a CGM partner or control algorithm. (Plus, Dexcom just acquired the obvious algorithm choice, TypeZero.) With an open-protocol pump, Ypsomed can theoretically avoid the traditional AID path – formal partnerships, studies, and PMA submission – allowing for flexibility and an AID-ready pump without the associated hassle. This is speculation on our part; more on the regulatory implications below.

According to the press release, Ypsomed plans to integrate CGM data into the mylife app and to establish two-way communication between the pump and app over the next 12 months - i.e., getting secure app control of the pump is key for making this whole thing work. Dexcom is the most obvious CGM choice, though perhaps Senseonics would integrate too. The mylife app is currently available on Android and iOS – it reads pump status and includes a bolus calculator. However, the bolus calculation must be transferred over to the pump.

Q: Who will submit to FDA first with an open-protocol pump? Will such pumps need an algorithm on board, or will FDA permit them to be open and allow users to choose their algorithm – i.e., Loop, OpenAPS?

Q: Which is a faster approach to getting AID to market – going the open protocol route (Ypsomed) or submitting for iCGM compatibility with an algorithm on board (Tandem Basal-IQ)?

Q: Will open protocol pumps prove to be a meaningful competitive advantage? If so, over what time horizon will it take the field to catch up and full leverage the vision?

Q: How will companies weigh the potential advantages of open protocol with the potential tradeoffs – e.g., less end-to-end control over the entire system, more risk of commoditization, etc.? 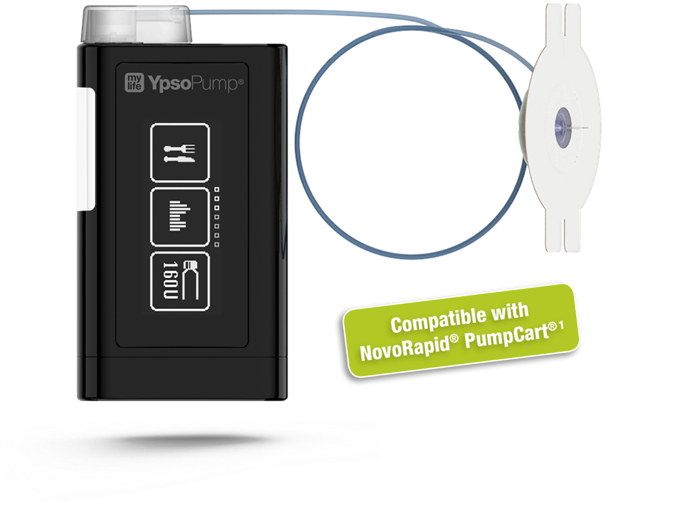